Sinovel was found guilty in January of orchestrating the theft in a rare criminal trade-secrets trial that called into question whether China is doing enough to clamp down on infringement of intellectual property, while escalating tensions between the countries.

US troops have not ‘died in vain’ in Afghanistan, Joint Chiefs chairman says

U.S. Navy expands in the Pacific?

US District Judge James Peterson ordered the Chinese company to pay US$1.5 million in fines and US$57.5 million in restitution at a sentencing hearing on Friday in Madison, Wisconsin, according to the US Justice Department.

AMSC claimed it suffered at least US$800 million in losses from Sinovel’s scheme to pilfer its technology, and reached a US$57.5 million settlement with Sinovel that was filed with the court on Wednesday.

The US Justice Department said Sinovel has already paid AMSC US$32.5 million.

AMSC partnered with Sinovel on wind power projects after China passed a clean energy law in 2005, launching the development of major wind farms throughout the country. The Chinese firm built turbines and the US company developed software and technology to control them.

Prosecutors said Sinovel, now China’s largest wind turbine manufacturer, contracted with a former AMSC employee in Austria to steal the code in 2011, then refused to pay the US firm for US$800 million in products and services it had promised to buy. 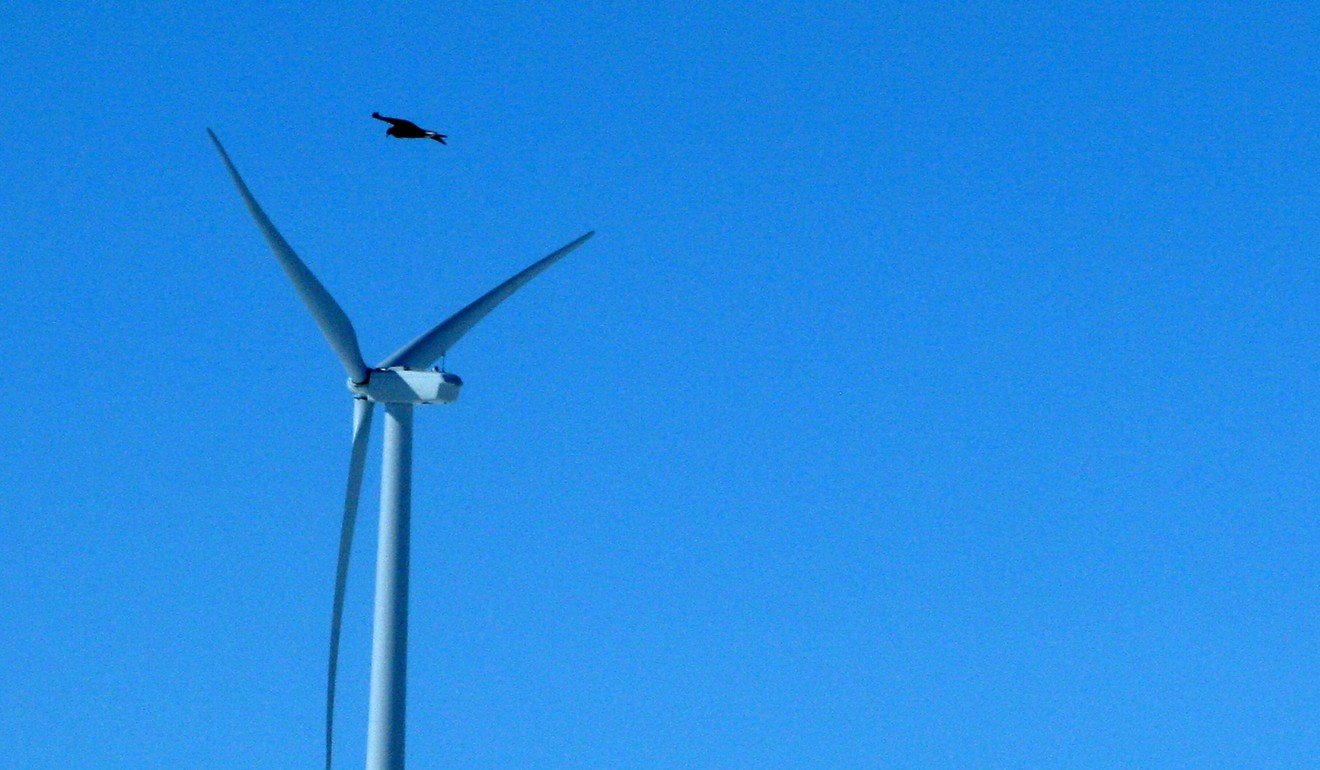 The software system, called Low Voltage Ride Through, was designed to help regulate the flow of electricity into a power grid.

AMSC, based in Devens, Massachusetts, had sought more than US$1.2 billion in damages from Sinovel in Chinese courts, accusing Beijing-based Sinovel of putting the stolen source code in more than 1,000 turbines.

Although Sinovel had been providing long-term maintenance for some US projects, it “fled from the United States” in 2013 “in attempt to avoid facing prosecution,” prosecutors said in a June 26 court filing.

The case was initially brought by the Obama administration in 2013 through a special intellectual-property task force.

At the time, the US Justice Department described corporate espionage by Chinese agents as a threat to US economic security.

In August, President Donald Trump increased the pressure by encouraging the US trade representative to investigate intellectual property theft by Chinese entities.