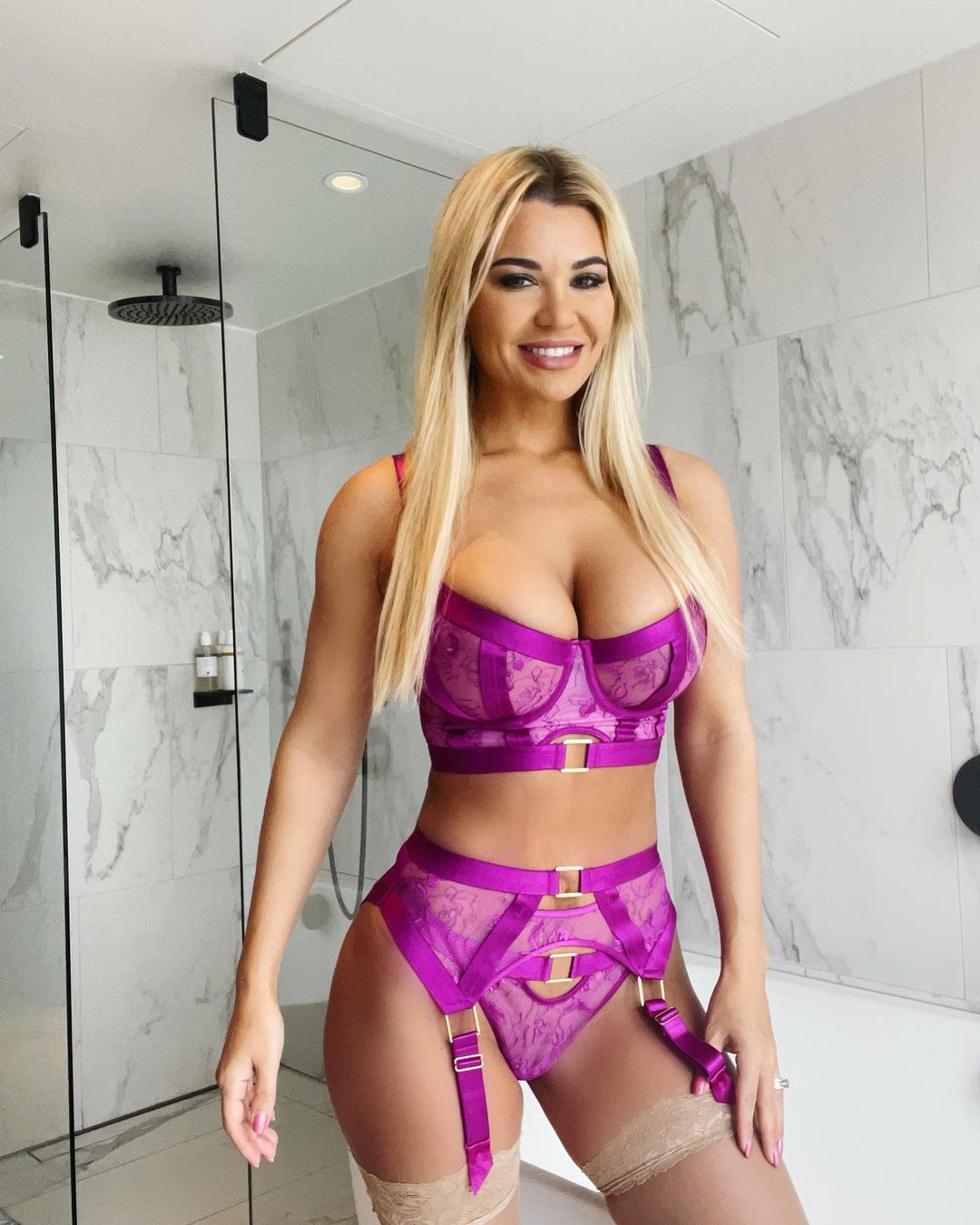 London (25/05 – 63.64) Christine McGuinness turned up the heat on Thursday when she took to Instagram to show off her new lingerie.

The blonde bombshell, 33, posed in two different pieces, first working her best angles in a pink bra and matching briefs and then slipping into a chic black one-piece.

Putting on a busty display, Christine’s peachy bottom was visible in the mirror behind her and the Instagram snaps appear to have been taken in the home she shares with husband Paddy McGuiness and their three children.

It doesn’t have to be Valentine’s Day for you to rock a sexy lingerie set. They’re perfect for a date night or wearing under your next going out ensemble to make you feel your best.

So if you’re looking to invest, check out Christine McGuinness showing off this gorgeous pink set by Pour Moi.

The padded plunge bra and matching thong are crafted from a delicate lace with scallop-edge detailing for a cute update on an otherwise classic silhouette. It’s racy and timeless in equal measure!

Wearing her glossy blonde hair loose, Christine beamed from ear to ear in the sexy images.

The doting mother accessorised with a delicate necklace and on her left wrist donned a luxury watch.

It comes after Christine shared the incredible news that her BRCA (breast cancer gene) test has returned negative.

In a new interview, the star discussed her brave decision to find out whether she has faulty genes after her mother Joanne – who is now in remission – was diagnosed with cancer in September.

Speaking to OK!, the mother-of-three shared: ‘It doesn’t mean I can’t get cancer, but it means my chances are the same as anybody else’s.’

Christine has a family history of breast cancer and decided to take the BRCA test after her mother’s diagnosis last year.

Christine admitted she was initially hesitant to use testing company Myogenes as she feared the process would be invasive, but told the outlet it was straightforward and simple.

‘It’s sent in the post – it’s just a saliva test and really quick,’ she said, adding that results are sent directly to your GP.

Christine also revealed to the publication that if she had tested positive for the gene she would have considered ‘a full mastectomy and breast reconstruction to make sure she’s around for as long as possible for the children’.

She added that upon hearing the news of her negative test, husband Paddy gave her ‘a huge hug’ and said he was ‘really, really pleased’.