A Polish man accused of plotting a coup with a pro-independence Papuan armed group has become the first foreigner to be charged with treason in Indonesia.­­­­­

Jakob Skrzypski, 39, joined the Papua National Liberation Army and offered to help it buy weapons to overthrow the Indonesian government in the restive eastern province, prosecutors told the Wamena city court on Tuesday.

Skrzypski, who faces 20 years in jail if found guilty, was forced to attend the hearing after going on hunger strike in jail in an effort to boycott the trial. His lawyer has said he will deny the charge.

Asia faces $4.7 trillion labour loss by 2050 due to climate change

Prosecutors said Skrzypski had met leaders of the Free Papua Organisation and that police had discovered documents and videos in his possession detailing the Papuan struggle for independence from Indonesian rule. 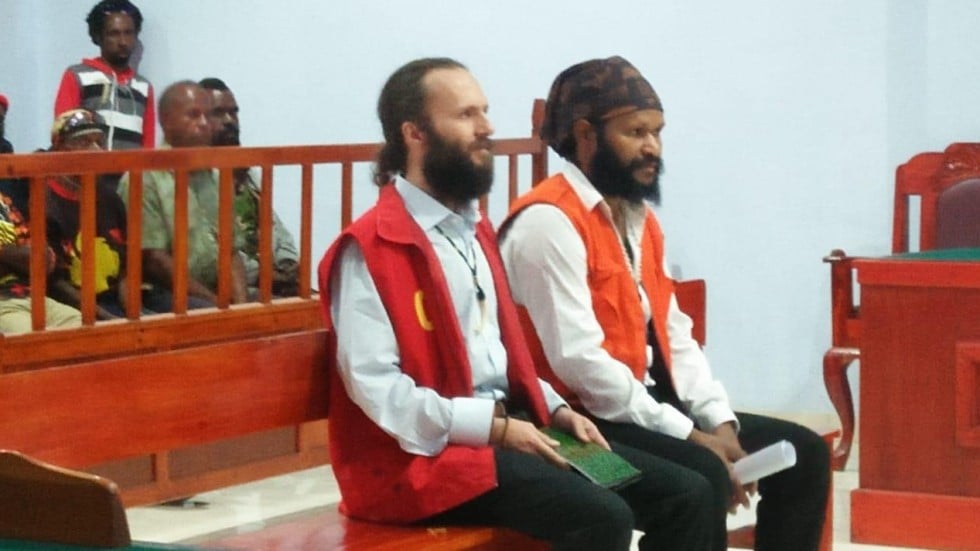 A low-level insurgency has simmered in the province, which shares a border with Papua New Guinea, ever since the former Dutch colony came under Indonesian rule in the 1960s.

Police had previously claimed to have seized more than 130 rounds of ammunition from Skrzypski and three Indonesian citizens.

However, the ammunition was not mentioned in court, prompting a claim from his lawyer Latifa Anum Siregar that this had made the proceedings “unclear and incomplete”.

A lawyer for The National Committee for West Papua (KNPB) – an organisation campaigning for a referendum on independence – also questioned why there had been no mention of the ammunition.

“Police have always been really paranoid every time any foreigner is in contact with West Papuans, especially with the KNPB. Based on my correspondence with [Jakob’s] family and close friends, he is just an adrenaline junkie tourist,” Veronica Koman told the South China Morning Post.

She said many West Papuans believed treason laws in Indonesia were misused to suppress freedom of speech and cited a ruling by the Indonesian Constitutional Court last year that cautioned enforcement agencies against using them to gag democracy.

The police spokesman for Jayapura, where Skrzypski was arrested, refused to comment.