ASIA – The Bishops analyze the “emerging realities” on the continent 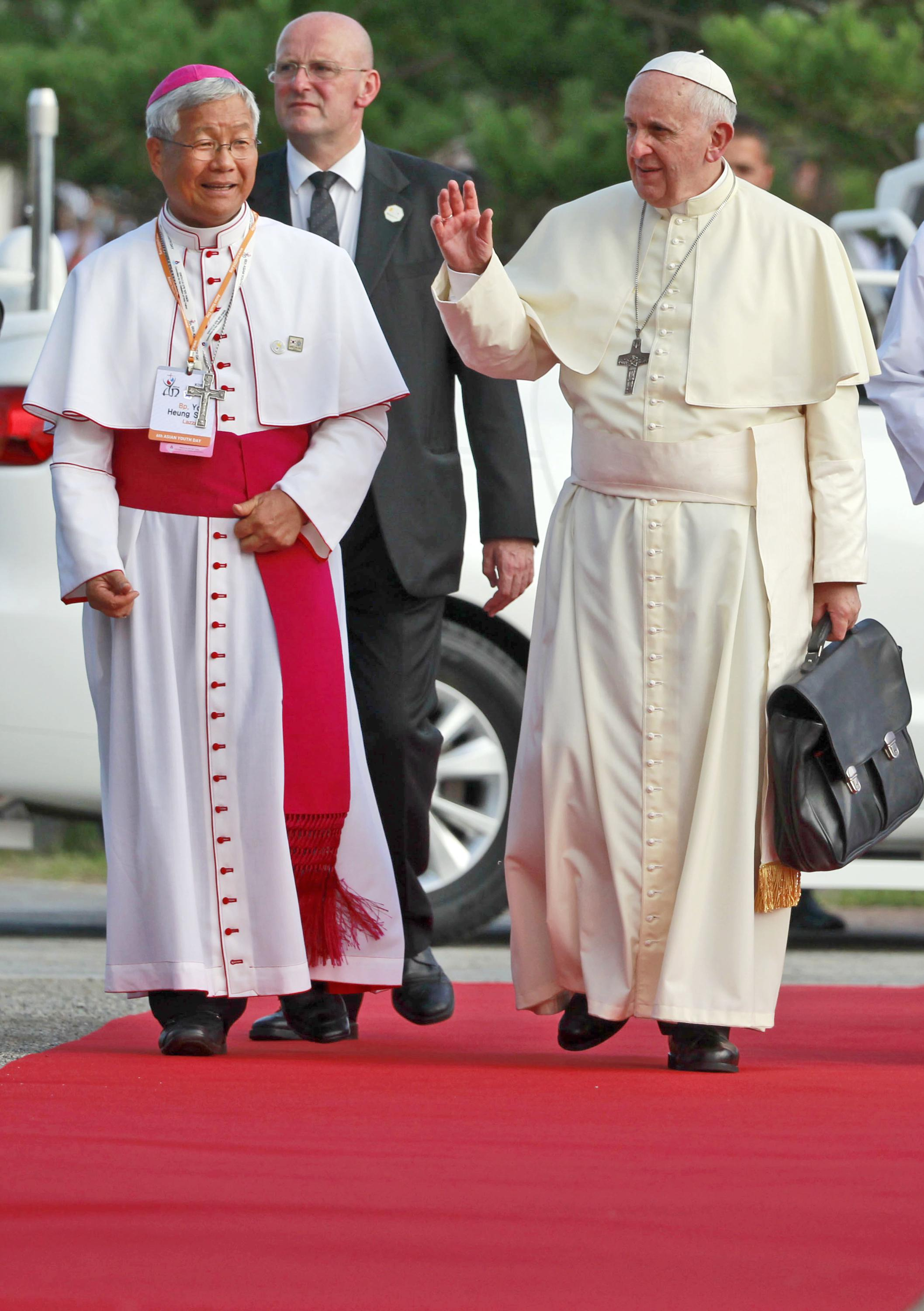 To discover and learn about the “emerging realities” in the Asian continent, phenomena that characterize society, culture, economy, to grant pastoral action and understand the ways to proclaim the Gospel in those realities. It is with this spirit that Catholic bishops in Asia began a two-week general conference in Bangkok on October 12 till October 30 marking the Federation of Asian Bishops’ Conferences’ 50th anniversary, with leaders who dedicate their energy to different contexts and to the study of transversal phenomena and trends that are found in Asian nations that are very different from each other in history and culture.

Cardinal Charles Maung Bo SDB, Archbishop of Yangon, Myanmar, and President of the FABC introduced the “mission of dialogue, peace and reconciliation as a new way for the Asian Church”, highlighting that “Asia is still a continent of great opportunities “but which risks” having war as a way of life”. The Churches in Asia, then, have the task of “being agents of peace, initiating or facilitating processes of dialogue, supporting equality and defending human dignity with unarmed hands, full only of faith, hope and charity”. Remembering that “every jubilee we celebrate requires metanoia, let us allow ourselves to be reconciled with God and let peace be the new evangelization”, he said.

On the theme of dialogue, which is crucial for the Asian Churches in a continent characterized by a vast pluralism of cultures and religions, Edmund Chia, professor of theology and co-director of the chair of “Interreligious Dialogue” at the Catholic University of Melbourne (Australia), remarked that “the Catholic Church in Asia is a Church that listens and learns from the other”, praising the FABC assembly itself as an example of a “Church of dialogue”, of a community that listens. According to Lawrence Chong, co-moderator of the Synodal Committee in the Archdiocese of Singapore suggested that in dialogue it is necessary to start again with young people, who live an open minded relationship and interconnection with others.

Edmund Terence Gomez, professor of political economy at the Faculty of Economics at the University of Malaysia, then illustrated “the political and economic trends that drive Asia today”, offering a comprehensive view of the political history of Asia, citing popular movements, the effects of corruption on democracy, rapid industrial and technological development and geopolitical confrontation between great powers.

Jesuit Bryan Lobo SJ, lecturer at the Pontifical Gregorian University in Rome, had to deepen the theme “Proclaiming the Gospel in Asia: building bridges in the context of interreligious dialogue in the light of Evangelii Gaudium”, emphasizing the fact that the Churches, in different nations are like “pilgrims on a journey, one next to the other” and centering the relationship on the “reality of agape, the fundamental principle on which to build every initiative”, starting from truth and love.

Among other “emerging realities”, Jesuit Pedro Walpole SJ spoke about the situation linked to the custody of creation, underlining the importance of supporting the livelihoods of peoples and the environment where they live, from the point of view of environmental sustainability and safeguarding human life, as indicated by the encyclical Laudato Sì.

The FABC assembly also wanted to look at the situation of the family, and therefore reflect on the pastoral care of the family. Daniel and Shelley Ee, members of the “Marriage Encounter” journey spoke about the values of family life, the problems of married life and marriage, offering initiatives to improve the pastoral care and care of families. In pastoral care, they said, it is important that the married couple can act and do service, celebrate together.

Michael Phichit and Lucia Achara Sukeewat, national presidents of the “Christian Family Movement” in Thailand, noted the social prejudices, the degradation of relations between generations, the problems linked to financial insecurity. “As a Church and as a family, we must admit that we need healing before we can grow in God’s love.” Interventions followed on the opportunities that the document “Amoris Laetitia” offers to the Churches in Asia, especially by seeing in Christian marriage and in the life of a Christian family an opportunity to bear witness to the faith.

A special gaze is dedicated by the Bishops to the world of youth, considering young people “a voice for the Church”, as highlighted by Fr. Akira Takayama, Chaplain at the Youth Ministry of the diocese of Takamatsu in Japan. The assembly agreed on the urgency of cooperating with young people; considering them not just “a task force”, and accompanying them with spiritual guides who, with delicacy, kindness and patience, follow their growth. Two youth representatives, Indians Anthony Judy and Ashita Jimmy asked the bishops to “listen to young people and walk with them”, while Gregory Pravin, youth ministry worker from the Archdiocese of Kuala Lumpur, Malaysia, observed how the pandemic has left young people to live in a digital, individualistic, self-sufficient and self-referential world, inviting local Churches to find new means to involve them.

Another theme addressed by the assembly was that relating to the condition of women and her specific contribution in the Asian Churches. Stephanie Puen, professor of theology at the Ateneo de Manila University, Mary Yuen, professor of theology at the Seminary of theology and philosophy of the Holy Spirit in Hong Kong, and Sister Rasika Pieris, of the Sisters of the Holy Family in Sri Lanka, have drawn up “New paths for the role of women in the Church in Asia “, outlining the context and the most burning issues Asian women face, such as discrimination, misogyny, income inequality and domestic violence.
The teachers indicated paths of care, justice, common responsibility, trust and respect towards women, asking the Bishops to “create a culture of care”, also through pastoral action, support centers, assistance centers for families. Women, it was said, can be “agents of social transformation”, “they are disciples like men” and “can give an image of a more inclusive Church”.

Faced with these “emerging realities”, the Bishops of Asia have examined new possibilities and paths of formation and proclamation of the Gospel, which must make use of digital means, as pointed out by prof. Pablito Baybado Jr, professor of theology at the University of Santo Tomas, Manila, noting the importance of formators who are sensitive to current events and capable of accompanying people in every state of life. Alexander Lopez, Regional Director of the media network “Eternal World Television Network” (EWTN) illustrated the potential of the use of technology for the work of formation, arguing the need to build and manage safe and autonomous platforms for the Churches, and told the bishops: “You are influencers. You can give people real and true answers, not just empty promises.”

Next, Brinston Carvalho, who works in the communications service of the Archdiocese of Bombay, suggested “the use of a creative catechesis in the digital environment to spread the Gospel and the love of Christ in those environments”. “Today, if the flock of the faithful is on social media, even the Pastors must go and walk those prairies”, he asserted. Msgr. Sebastian Francis, President of the Bishops’ Conference of Malaysia, Singapore and Brunei, called for a “paradigm shift in formation, which is creative, inclusive and builds bridges towards all, with a style of dialogue, joy, mercy and hope”.