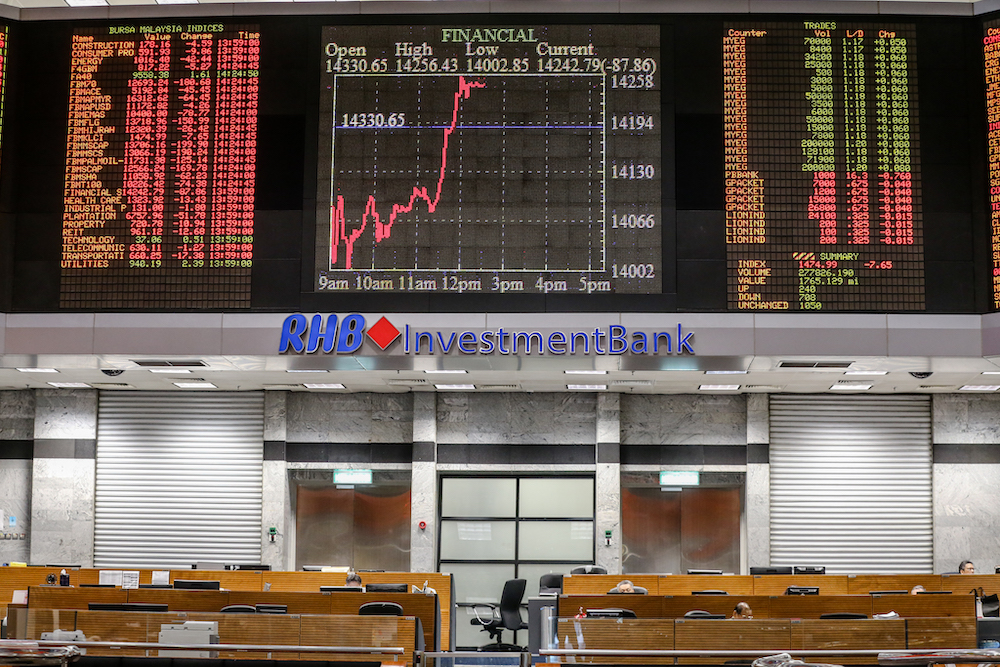 In a note, Malacca Securities Sdn Bhd said the upside on the local front could be capped due to the fluid developments in the political scene.

It said greater clarity on the selection of Malaysia’s 10th prime minister would boost investors’ confidence.

“Meanwhile, apolitical stocks with solid fundamentals may trend amid the ongoing uncertainties — banking, telecommunication and utilities stocks may shine. Additionally, export-oriented companies might be in favour following the strong US dollar,” it said.

The brokerage firm said investors might also focus on the ongoing reporting season to uncover gems with growing earnings.

Meanwhile, Rakuten Trade Sdn Bhd vice-president of Equity Research, Thong Pak Leng expects the sentiment to remain cautious over the next few days until there is more clarity on the political front.

“As such, we expect the index to possibly hover within the 1,430-1,450 range today as speculations continue with market participants staying on the sidelines,” he told Bernama.

Maybank was flat at RM8.54, while both CIMB and IHH Healthcare perked by one sen each to RM5.52 and RM5.93, respectively.

Using Vapes May Set the Stage for Dental Decay
Measles is an ‘imminent threat’ worldwide, CDC and WHO report finds