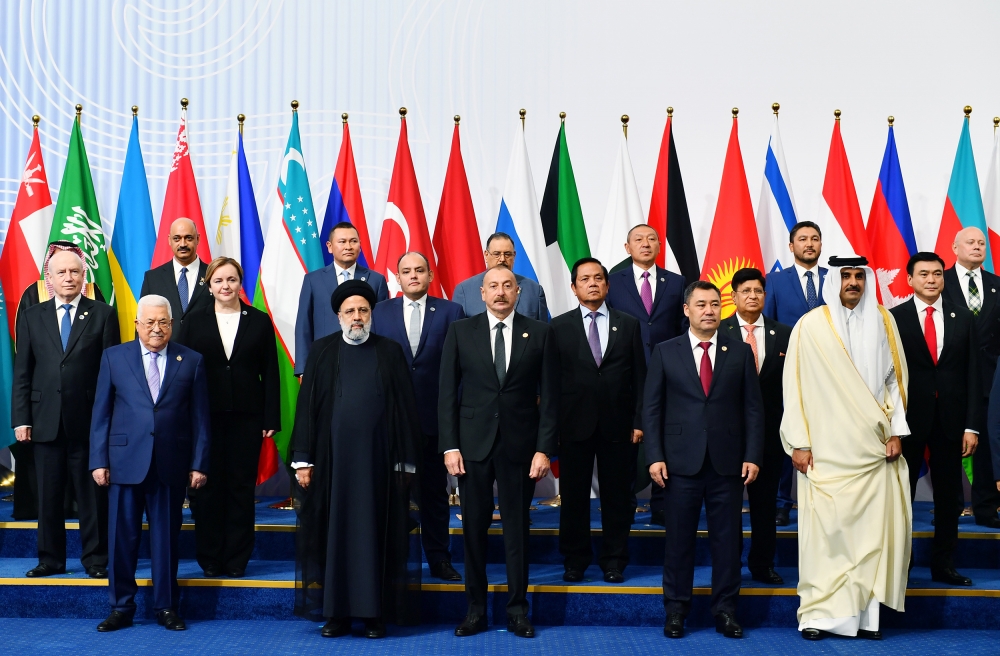 A security grouping with a strong focus on Central Asia will need to build trust between its member states if it is to increase its influence in regional and world affairs by transforming into an international organisation, a two-day forum in Shanghai heard on Thursday.

Experts and former officials from the 28-member Conference on Interaction and Confidence-Building Measures in Asia (CICA) were in China to discuss their vision for Asia’s security during a turbulent time in world affairs.

The forum followed the October CICA leaders’ conference in Kazakhstan, which included a pledge by the host country’s President Kassym-Jomart Tokayev to transform the grouping into a regional international organisation.

CICA’s members include countries from Southeast Asia and the Middle East, as well as China and Russia, and account for more than 50 per cent of the world’s GDP, as well as two-thirds of global growth.

The grouping was established in 1992, in response to a Kazakhstan proposal for a security-based platform in Asia, comparable to the Organisation for Security and Cooperation in Europe (OSCE).

This week’s forum, hosted by the Shanghai Institutes for International Studies (SIIS), acknowledged the multiple challenges facing the region, from the economy and energy, to national and food security, as well as climate change in its Thursday session.

Xu Bu, president of the China Institute of International Studies, called on the CICA countries to unite and fight against these challenges while denouncing deglobalisation and the great power competitions promoted by “some countries”.

“Geopolitics and great power competitions are the main policy directions in some countries. Such a policy of focusing on rivalry and promoting zero-sum games seriously disrupts unity, coordination and cooperation of the international community,” said Xu, a former ambassador to Chile.

“At present, on the world stage, para-political and para-security issues are prominent. CICA should tackle major conflicts and face up to difficulties, to actively create conditions and take the initiative to resolve conflicts, and play a role that conforms to the mission and scale of CICA,” Yang said.

“For example, CICA must have a sense of presence and the right to speak on major issues in Asia.

The different policy approaches of member states towards regional issues are hampering CICA’s transformation into an international organisation, said Sun Zhuangzhi, director of the Institute of Russian, Eastern European and Central Asian Studies at the Chinese Academy of Social Sciences.

More inclusiveness among the CICA countries would help to speed up the process, he told the session.

Maruf Abdujabborov, head of analysis and foreign policy forecasting at Tajikistan’s Centre for Strategic Research, also called for more mutual trust. Using the Afghanistan crisis as an example, he said the different stances on the issue were “unhelpful” to regional stability.

Afghanistan was a main agenda item at the October leaders’ conference, where China was represented by Vice-President Wang Qishan. President Xi Jinping had already visited Kazakhstan in September, on his first overseas trip since the start of the Covid-19 pandemic.

During the summit, Russian President Vladimir Putin held the US responsible for the crisis while other leaders, including Uzbek President Shavkat Mirziyoyev, called for dialogue and negotiations that would need to involve the West.

Wang did not address the Afghanistan issue directly in his remarks at the summit, but he emphasised the importance of mutual trust in tackling the challenges faced by the CICA nations.