Hong Kong Policy Address: 1,000 days on, still no roadmap out of Covid rules that impoverished thousands 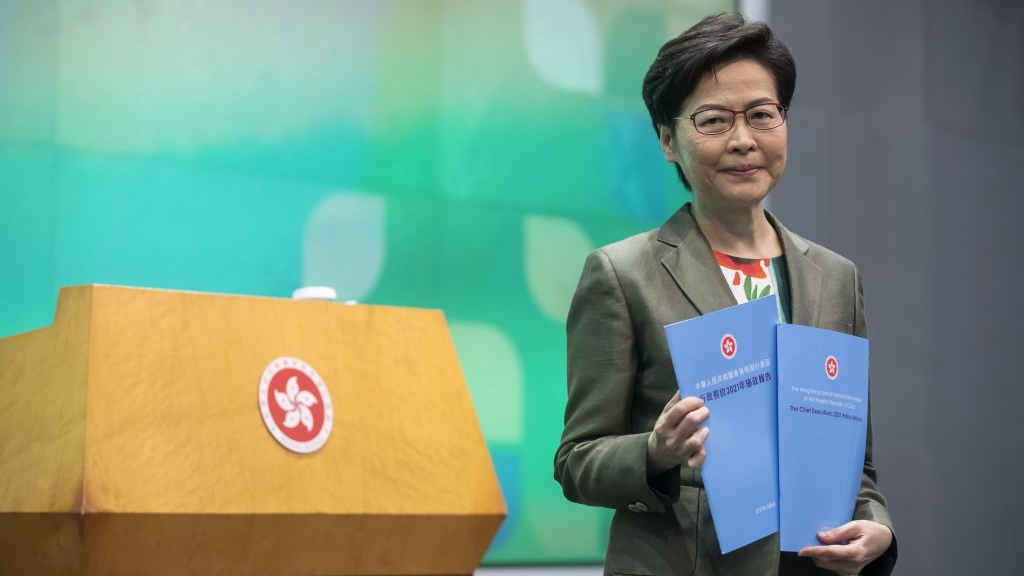 Chief Executive John Lee stepped up to the lectern to deliver his inaugural Policy Address as Hong Kong leader on Wednesday, exactly 1,000 days since the city confirmed its first case of Covid-19 on January 23, 2020.

It was not until the final 20 minutes of his almost three-hour-long speech that he approached the issue, dedicating five minutes to discussing not what his administration planned to do – per the prognostic nature of the address – but policies that had already been decided on. His administration’s “guiding principle,” Lee said, was “to achieve the greatest impact with the lowest cost,” but missing was a roadmap out of the pandemic and away from its related restrictions.

Hong Kong’s benchmark Hang Seng index plunged to lows not seen since 2009 on Thursday, with investors spooked by a lack of economic indicators in the address and businesses unsure whether plans to attract talent would succeed if anti-epidemic measures remained. As for the omission of any path to normalcy – something lawmakers have for weeks been urging the chief executive to provide – it left many residents feeling frustrated.

According to a snap poll by the Hong Kong Public Opinion Research Institute on Wednesday, Lee’s maiden address satisfied fewer Hongkongers than one made by any chief executive before him.

Among those who have paid the greatest price for pandemic restrictions, disappointment was palpable.

“[Covid-19] has had a great impact on the underprivileged – their employment, education, daily life,” Sze Lai-shan, the deputy director of the Society for Community Organisation (SoCO), a welfare and human rights advocacy group, told HKFP. “Many hoped they would be back to normal life [by now],” Sze said.

Figures from Oxfam Hong Kong showed that the wealth gap – historically wide in Hong Kong – became cavernous during Covid, with the monthly income of the city’s poorest households falling by 22.9 per cent from 2019 to the first quarter of this year.

During the first three months of the year, when the city was battling fast-rising infections amid its worst wave of the coronavirus, the unemployment rate for the poor reached 26.1 per cent, according to Oxfam, compared to 3.4 per cent for those not considered poor. Underemployment among the poor for the same period was 10 per cent, a rate that was 2.7 per cent for the non-poor.

“The recovery of the poor under the pandemic is far from sufficient,” a spokesperson for Oxfam told HKFP.

“Over 75 per cent of the unemployed poor are classified as low-skilled,” the spokesperson said. “And more of the low-skilled jobs are located in some particular sectors, such as the retail trade, accommodation, and the food services industry. That’s why the pandemic unevenly affects the poor compared with the non-poor.”

Additionally, social distancing measures seen as inconveniences by others, such as the outdoor mask mandate or daily rapid test requirement for school students, place a financial burden on the city’s most vulnerable residents, Sze said. “If things return to normal, they will benefit,” she said, adding that she hoped restrictions could be lifted soon, “for example, this year.”

Another sector of society that saw room for improvement in Lee’s inaugural address was environmentalists, who said its green policies lacked substance and were, at times, at odds with other proposals.

Noting that it was “imperative that we step up decarbonisation efforts” to achieve the government’s goal of reducing total carbon emissions by half from 2005 levels before 2035, Lee laid out three areas his administration would focus on: energy conservation, promoting green transport and tackling waste reduction.

Green groups remained unconvinced, with Jeffrey Hung of environmental charity Friends of the Earth (HK) telling HKFP it was “concerned” whether the government could meet its target “given that while the Environment and Ecology Bureau aims to increase the supply of zero-carbon energy to 60 to 70 per cent by 2035, it will only meet 7.5 to 15 per cent of the energy mix with renewable energy.”

“The government must back their proposed climate targets with more than just empty words and pledges,” Hung said.

Also of concern was Lee’s commitment to press ahead with the development of the 1,000-hectare Kau Yi Chau Artificial Islands, part of a development project put forward by his predecessors Leung Chun-ying and Carrie Lam. The plan involves massive land reclamation to create a new business district in the eastern waters off Lantau Island and has long been controversial for its high price tag and the burden it will place on surrounding ecosystems.

“The Kai Yi Chau Artificial Islands reclamation plan will bring unavoidable adverse impact on local cetaceans, coral communities and fisheries,” said a spokesperson for the World Wide Fund for Nature Hong Kong. “Worse still, the plan may expand areas of [low oxygen] waters, which would be catastrophic for both marine ecosystems and the living standard of Hong Kong residents.”

Hung, too, said Friends of the Earth (HK) was “disappointed to hear that, despite the move to resume brownfields, the government intends to further devastate the natural environment through increasing land reclamation efforts and eyeing to develop green belts.”

However, according to Hung, land supply was not at stake. “Hong Kong needs sustainable development, not sustainable growth,” he said. “The city has sufficient land to satisfy housing needs, but lacks a sustainable, long-term development plan.”

The lack of “long-term vision” was a “disappointment” when it came to green policies, Hung said. “Although it targets to become carbon-neutral before 2050, the government has thus far failed to propose any strong climate policies to mitigate and adapt to the risks and impacts of climate change.”

Tokyo Police Crack Down on Risky Cycling as Accidents Rise