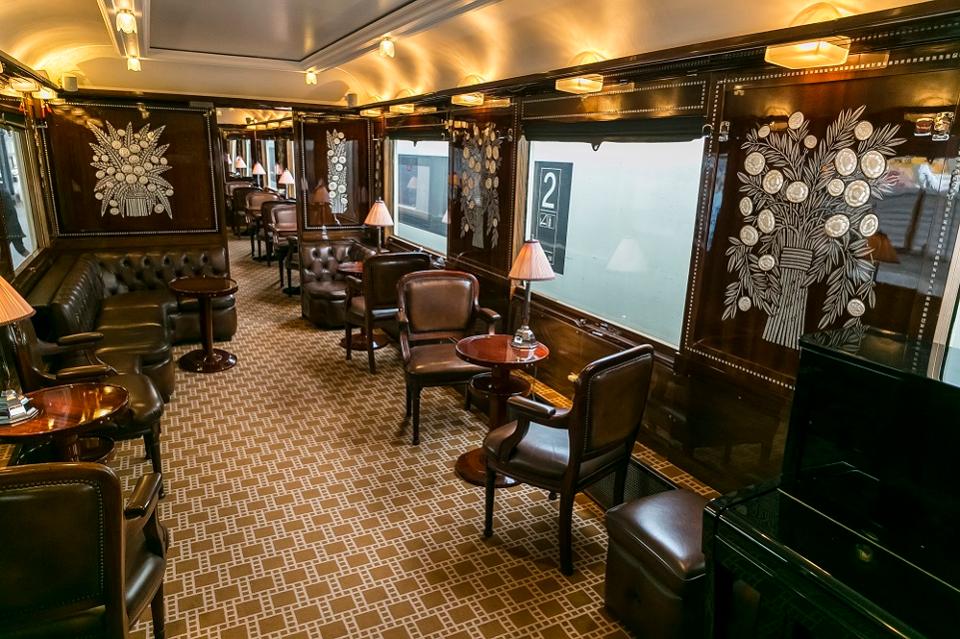 Ever since reading Agatha Christie’s ‘Murder on the Orient Express’, I’ve dreamt of riding the iconic train from Paris to Istanbul.

Better yet? Staying at the author’s favourite Turkish home from home, the five-star Pera Palace Hotel. It even has a suite named after her, where she supposedly finished penning my favourite murder mystery.

So, when I got the opportunity to hop aboard the Venice-Simplon Orient Express (VSOE) and spend a night in Room 411 surrounded by Agatha Christie memorabilia – including her typewriter – I practically dropped dead.

What is the Venice-Simplon Orient Express?

You might be thinking, “What’s the VSOE?” You’d be forgiven for being confused.

The Orient Express has appeared under many guises over its almost 140-year history. The original was not an individual train but a scheduled service that ran various routes across Europe from 1883 to 2009.

Charting a route from East to West in comfort unknown to European travel at the time, its sleeper trains carried no shortage of prominent passengers, from writers and actors to diplomats and spies. Some of the sleeping and dining cars used on this service were restored to make up the privately-owned Venice-Simplon Orient Express.

This luxury train service launched in 1982 and is now owned by hospitality brand Belmond. It expands on the original’s opulent legacy with cocktail lounges, live pianists and fine-dining.

Adding to the confusion, the rights to the Orient Express name are jointly owned by hospitality brand Accor and France’s state-owned railway company SNCF. Accor is set to relaunch its own luxury Paris-Istanbul train – the Nostalgie-Istanbul-Orient-Express – in 2024 to coincide with the Paris Olympics.

Though the regular Orient Express stopped its direct Paris to Istanbul service in 1977, the VSOE runs a luxury train trip along the fabled route just once a year

In August 2022, I was one of its lucky passengers.

My five-night adventure aboard the Orient Express

Gleaming dark blue and gold carriages awaited at Paris’s Gare de l’Est, flanked by liveried conductors wearing white gloves. One guided me to my couchette, and in a matter of minutes I was in another world.

Tables set with fine china, gleaming silverware and crystal glasses greeted me at dinnertime. My fellow guests dressed the part – no ripped jeans or flip flops in sight. Abundant food and drink was accompanied by live music every night.

My bed was turned down when I returned to my carriage. A steward at my beck and call obliged when I asked to open the window to better see the impressive landscapes roll by.

We journeyed through France and Switzerland to Budapest, Hungary, where we disembarked for a city tour and overnight stay. The following day, we took a trip to the Neo-Renaissance Peles Castle in Romania’s Carpathian Mountains, which was unveiled in 1883 as King Carol I’s summer retreat.

Returning to the train, we voyaged to Bucharest, where we stayed the night in a hotel, before continuing our journey to Varna on Bulgaria’s Black Sea coast.

Finally, we chugged into Istanbul’s Sirkeci Gare, a neo-classic pink, white and gold masterpiece that has served as the eastern terminus of the Orient Express since 1890. The station houses a small but educational Orient Express museum, where you can see the service’s original piano exhibited.

Eager to follow in Agatha Christie’s footsteps, I chose to stay on in the Turkish capital independently at Pera Palace. Overlooking Istanbul’s Golden Horn estuary, it opened its doors in 1895 as the city’s first luxury hotel.

How much does the Orient Express cost?

A ticket for this once in a lifetime adventure doesn’t come cheap. The five-night trip from Paris to Istanbul on the 18-carriage Venice-Simplon Orient Express train costs just under €22,000 for a twin cabin.

This includes private accommodation aboard the train, overnight stays and dinner in Bucharest in Budapest, Continental breakfast served daily in your cabin, three-course lunches and four-course dinners with cheese boards, excursions led by local guides, and a dedicated steward service.

Be sure to pack smart day wear and formal evening attire to fulfil the train’s dress code.