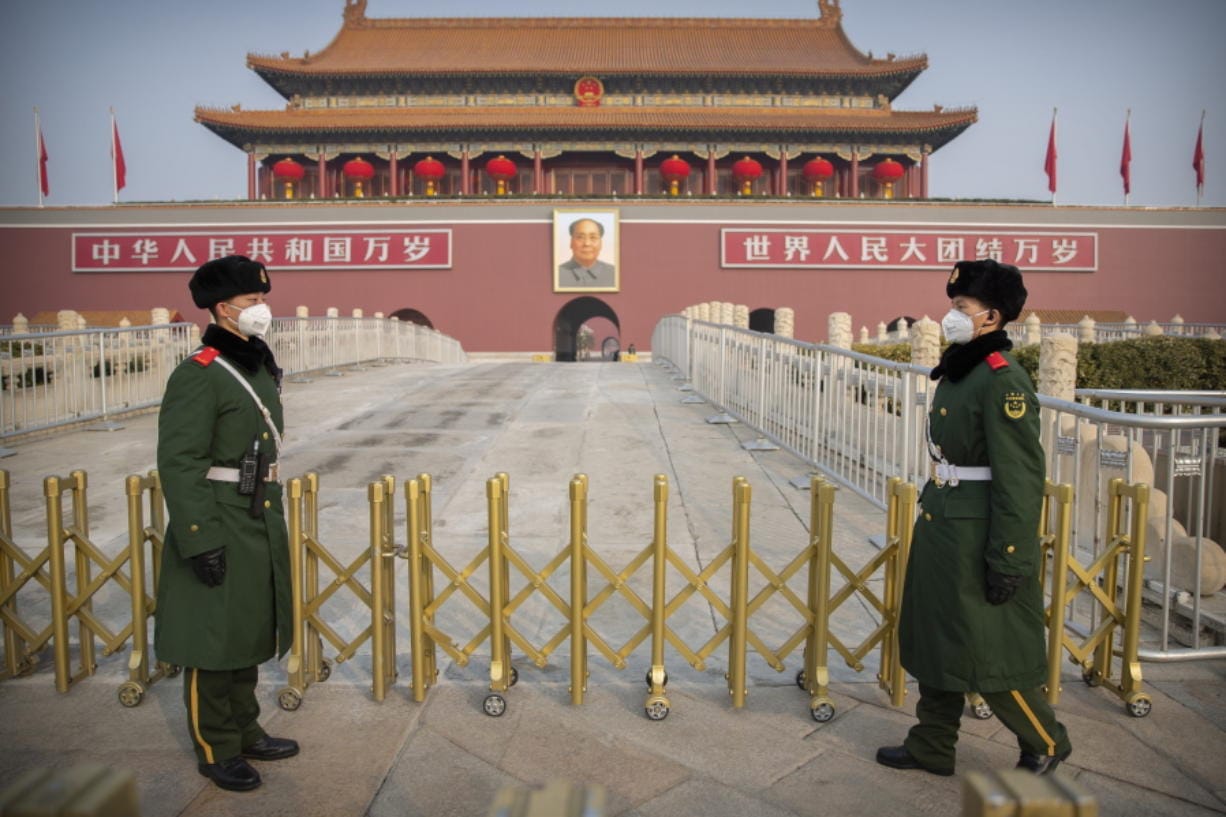 Hong Kong’s vast Victoria Park, which for decades has hosted a candlelight vigil to remember China’s 1989 Tiananmen massacre, is expected to be largely crowd-free on Saturday as the far-reaching national security law limits how Hong Kongers can commemorate the bloody crackdown in Beijing.

This is the third year in a row that local authorities have invoked public health concerns related to COVID-19 to restrict the gathering.

It is the second year in a row that the national security law, imposed on June 30, 2020, has strengthened the pandemic-related ban on what was long the only large-scale massacre memorial on Chinese-ruled soil. The event’s organizer, Hong Kong Alliance in Support of Patriotic Democratic Movements of China, disbanded on September 25 because of the security law.

On Thursday, Hong Kong police warned residents not to participate in any “unlawful assemblies” around the park on Saturday, where there would be stepped-up patrols, according to the South China Morning Post.

Ms. Poon, a Chinese newspaper editor in her 50s, has participated in the Victoria Park candlelight vigil many times. She, like others VOA Mandarin interviewed for this report, asked that her full name not be used to avoid attracting officials’ attention.

Poon said that the Victoria Park event, once an important symbol of Hong Kong’s high degree of autonomy after it reverted to Chinese from British control in 1997, is now part of history.

“I believe that the Hong Kong government will never allow Hong Kong people to commemorate June 4 again,” she said. “This is very sad. This regime is very cowardly, and it is afraid that the people will know how cruel it is.”

One of Poon’s female colleagues, who moved from China to Hong Kong eight years ago, said Hong Kong authorities did not need to ban the activities memorializing those killed at Tiananmen Square. The proof, she said, is that the Chinese Communist Party, which continued to oversee the government after the massacre, remains in power.

Just after the massacre, the Chinese government released an official death toll of 241 people, mostly students who took part in the weekslong pro-democracy gathering. Another estimate, based on a secret diplomatic cable from the British ambassador to China at the time, has put the total closer to 10,000, according to the BBC.

Ms. Ng, who teaches Asian history at a university, said she had attended every Victoria Park candlelight vigil since 1990.

“The large-scale protests in 2019 have overwhelmed the Hong Kong government, and they can’t allow the same type of protests to take place again,” she told VOA Mandarin. “They feel that even a little spark can start a prairie fire. Any activity with a slightly political overtone must be suppressed immediately.”

Hong Kong Chief Executive Carrie Lam was asked by reporters on May 31 whether it was illegal for citizens to show up in Victoria Park or light candles at home to commemorate what is referred to locally as June 4th. Lam said that any public events in Hong Kong, regardless of the purpose, must comply with legal requirements including the Hong Kong version of the national security law, social distancing measures and venue permits.

Ng believes that the Hong Kong government is being deliberately vague on what will be allowed.

“The Hong Kong government doesn’t provide any clear explanation, so you don’t dare to take any action,” she said.

Even the Justice and Peace Commission of the Hong Kong Catholic Diocese, which has celebrated a June 4 memorial Mass since 1990, opted out of the event this year rather than risk violating the national security law.

Instead, the commission celebrated a “praying for Chinese churches Mass” on May 24, during which Cardinal Joseph Zen discussed the Catholic saints and popes who defied temporal rulers.

“I hope that even in the dark, we can still have faith and wait for the dawn,” Zen said, urging attendees to pray for the massacre victims.

The Methodist Church, which has hosted June 4th prayer meetings, changed this year’s theme for its May 30 gathering to “seeking peace for the people” and limited attendance to parishioners.

The Rev. Yuen Tin Yau, former chairman of the Hong Kong Christian Council and president of the Methodist Church, told VOA Cantonese that people will commemorate June 4th despite the national security law.

“It doesn’t matter if we don’t use the name of June 4th,” he said. “We all remember it in our hearts that there are sufferings in China and some parts of the world today, and we commemorate them. So I think we don’t need to do it in the name of June 4th. In fact, everyone knows that we all start from June 4th, from our own country, and extend our care to the whole world.”

The facts and spirit of June 4th will continue to be passed on, Poon believes, and she’s pinning her hopes on Taiwan, a refuge now for many Hong Kongers, which is planning to hold the largest Tiananmen memorial in the Chinese-speaking world this year.

“Actually, there are still many ‘visible’ ways to mourn June 4th, such as hanging black cloth, lighting candles at home, and even sending text messages to each other over the phone,” Poon said. “In case the ‘visible’ methods are not allowed, everyone should keep the word ‘June 4th’ at heart.”

Poon added: “According to my observation, after the … protests in 2019, most Hong Kong people, especially young people, are striving for democracy, longing for freedom, and opposing autocracy. The most important thing is that we let young people know what June 4th is about. But without touching the red line the Hong Kong government sets.”