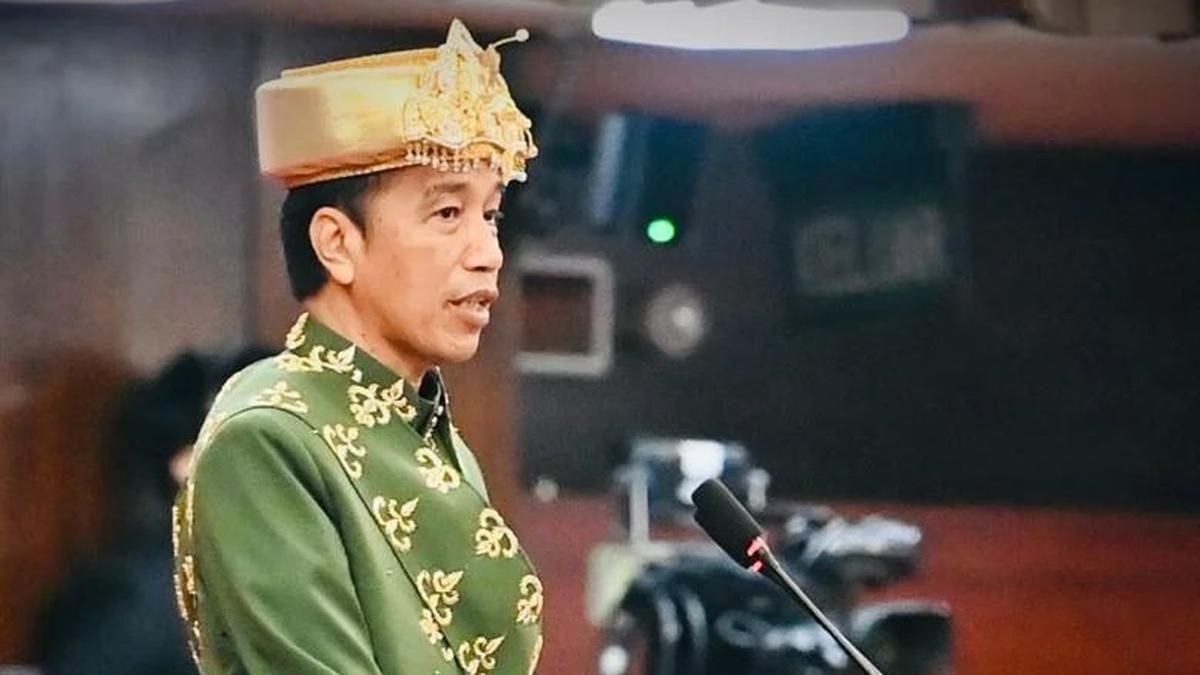 In his State of the Nation address, President Joko Widodo said Indonesians must face challenges “with prudence and vigilance.”

Indonesia’s president called on all citizens to remain united, vigilant, and alert as they face crises fueled by the war in Ukraine and coronavirus pandemic in his State of the Nation address Tuesday.

After two years of remote meetings amid pandemic restrictions, more than half of Indonesia’s Parliament was in attendance as President Joko Widodo, commonly known as “Jokowi,” told them and top officials on the eve of Independence Day that regional tensions are threatening security.

He noted that when war broke out in Ukraine causing energy and food crises, the world was still grappling with the health and economic impacts of COVID-19. Some countries are predicted to go bankrupt, while over 550 million people face extreme poverty and 345 million others face food shortages and famine, Jokowi said.

Get briefed on the story of the week, and developing stories to watch across the Asia-Pacific.

“The challenges are not easy for the world and for Indonesia. We must face those challenges with prudence and vigilance,” he said.

Russia’s war in Ukraine has exacerbated rising prices in Indonesia amid ongoing supply chain disruptions from the pandemic, causing cooking oil prices to soar while the interruptions in supplies of wheat, soybeans, and corn have affected the cost of several foods.

In April, Indonesia banned all exports of crude palm oil, a key ingredient in cooking oils, for a month amid a series of student protests against skyrocketing food prices. Indonesia and Malaysia are the world’s largest exporters of palm oil, accounting for 85 percent of global production.

As the host of the Group of 20 richest and biggest economies this year, Indonesia has sought to bridge divisions between members over Russia’s invasion. Jokowi has been guarded in his comments about the war in Ukraine in an attempt to remain neutral.

The Indonesian president was the first Asian leader to visit the warring countries. Ukraine is not a G-20 member, but Jokowi has invited Ukrainian President Volodymyr Zelenskyy to the November summit along with Russian President Vladimir Putin, hoping to appease all sides and limit any distractions from the forum’s agenda. Zelenskyy has said he won’t attend if the war is continuing then and has opted to follow the discussions by video link.

The inflation rate in Indonesia has been relatively modest with the shock being mostly absorbed through a budget bolstered by energy subsidies.

However, he said the administration must recalculate its energy subsidies to reduce the burden on the budget.

Southeast Asia’s largest economy served as a key exporter of coal, palm oil, and minerals amid a global shortage in commodities after Russia’s invasion of Ukraine. Coal exports increased to record levels in March after a brief ban on its shipments early this year to secure domestic supplies.