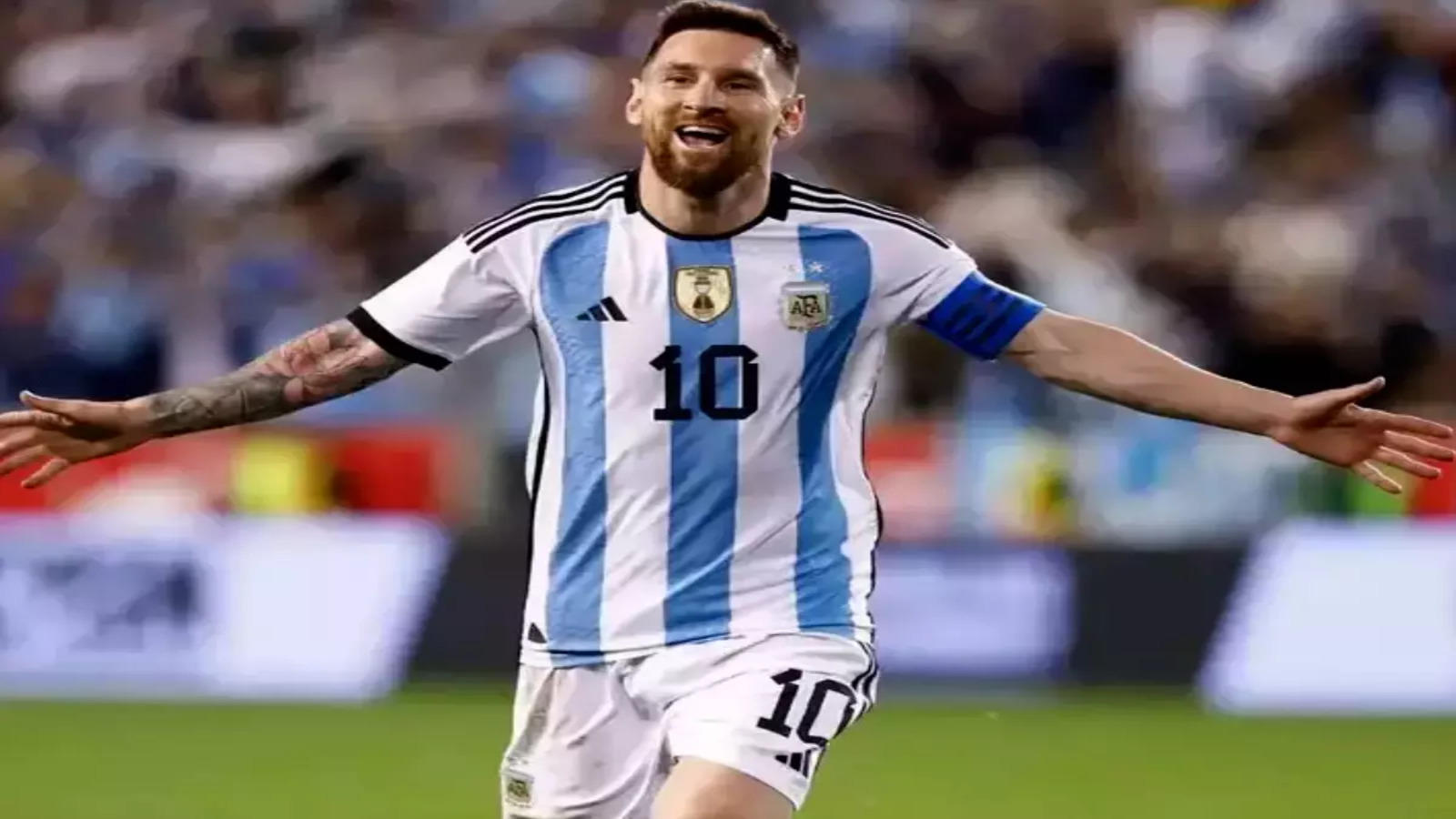 On their way to Argentina’s decisive game against Poland, Mohit Daga and Aayush Verma approached the stadium carrying a massive painting of their heroes Lionel Messi and Diego Maradona with the World Cup trophy.

Daga had spent 17 days painting it. It weighed 5 kilograms (11 pounds). An offering. Anything for Messi, whom he described as a “God.”

“He is the epitome of everything. He is the source of inspiration and happiness,” said Daga, who is from Kolkata, India. “He brings happiness to our life.”

Argentina is finding a legion of passionate superfans from India, Bangladesh and other Asian countries at the World Cup in Qatar.

Thousands have traveled to the Gulf nation specifically to see Messi and his team with their own eyes, while many others are among migrant workers that make up about 90% of the emirate’s population of 3 million.

Other fans cheered from afar. In Indonesia, social media showed hundreds of people celebrating Argentina’s team’s 2-0 win over Poland after watching the game on large screens. They paraded on motorbikes waving flags after Argentina secured progress to the knockout stages. A newsreader wore an Argentina shirt during a broadcast.

Smitha Issac, originally from India, now living in Qatar, was attending the game with her family, including two sons who were “too excited” to see Messi.

US coach Berhalter to draw on Dutch lessons at World CupBelgium’s golden generation is over, where now for Martinez?Messi, Argentina try to avoid World Cup upset vs. AustraliaGermany’s soul-searching begins after another World Cup flop

Outside Stadium 974 shortly before kickoff on Wednesday, Argentina fans were still scrambling for any spare tickets to see the game. Demand far outstripped supply for the 44,000-capacity stadium.

Mohammed Haque from Bangladesh, now living in Australia, was one of the lucky ticket holders. He waved a large Argentina flag as he walked toward the flood-lit stadium made of shipping containers, approaching it like a holy shrine.

“It’s unbelievable,” Haque said of seeing Messi for the first time. “I’ve actually been preparing for the last two or three weeks for this. I had a sleepless night last night.”

Argentina has had a big following in Bangladesh since the days of Maradona, one of the greatest to play the game, and an icon to fans around the world.

Argentina is finding a whole new legion of supporters from India and other South Asian countries at the first World Cup played in the Middle East.

“Diego Maradona, he was exceptional. And from then I just loved this country and especially the soccer every time,” Haque said. “Then later, (Gabriel) Batistuta, (Hernan) Crespo, every Argentine player, and now Messi is the legend.”

Bangladesh, India and Pakistan — where cricket is king — have never played a World Cup. So when the tournament comes along, many soccer fans typically root for Argentina or Brazil, soccer powerhouses admired for their attacking style of play and a long line of international stars, including Messi, Maradona and Pele.

Fans who had traveled from Argentina to support their team in Qatar were delighted with the support from non-Argentines.

“We love to see other countries showing their love for Messi and Maradona,” said Mauricio Neraj from Mendoza, Argentina. He posed for pictures next to the Messi and Maradona painting by Daga outside the stadium.

Argentina’s soccer federation praised the support from Bangladeshis on social media on Thursday.

“Thank you for supporting our team. You are as crazy as we are!” the federation said in a Twitter post with photos showing Bangladeshi fans wearing Argentina’s sky blue and white jersey.

Some of the South Asian fans in Qatar said they were deeply hurt by speculation on social media and in some Western media before the tournament that they were hired actors, paid by Qatar to fill the stadiums. The World Cup organizing committee rejected the reports as false.

“It is coming from the bottom of our hearts. It is not coming from any outside forcing or anything like that,” said Binoy John, and Indian worker in Qatar who has been an Argentina fan since childhood when he saw Maradona lead Argentina to win the 1986 World Cup. “All the fans are true fans. There is nothing like fake fans out here.”

Argentina has a following among Arab soccer fans, too. Messi-devotion brought Ahmed Qassim Nasher from Yemen to see his favorite player as Argentina advanced.

“Football is a festival, joy, celebrations. It connects people from different nationalities, different languages, and different ethnicities,” Nasher said. “You will find Arabs and non-Arabs coming to cheer for Messi. It’s common sense that he will have the best audience and fans, because he is the best player throughout history.”