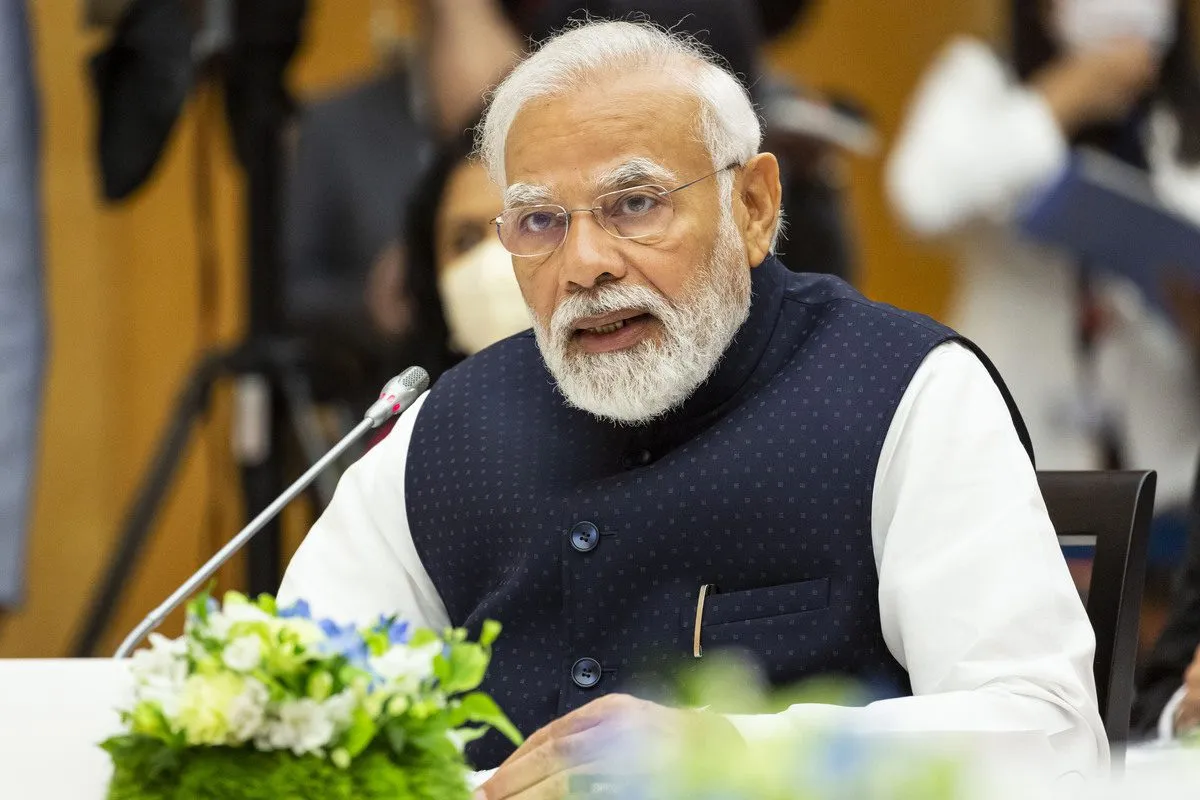 Ever since it came to power, the BJP has have taken intermittent pot shots at English, branding it a ‘colonial relic’ surrounded by a ‘slavish mentality’

Narendra Modi’s government is intensifying its efforts to relegate English to the margins of Indian life where it believes it belongs as a “colonial relic” by offering medical degrees in Hindi for the first time.

Ever since he came to power eight years ago, Modi, along with home minister Amit Shah and other Bharatiya Janata Party leaders, have taken intermittent pot shots at the English language and talked up Hindi, the language of north India.

Modi has spoken frequently of freeing Indians of the “colonial mindset” left by the British empire and of removing the relics of that rule. Just this week, Modi spoke of the “slavish mentality” surrounding English.

In October, government officials in BJP-ruled Maharashtra were banned from saying “hello” when greeting members of the public. Instead, they have to say “vande mataram” or “I bow to thee, oh motherland”. Abide with Me has been kicked out of India’s annual Republic Day celebrations and replaced with a Hindi patriotic song, while the English names of some army regiments are to be changed.

In 2020 the government said practitioners of ayurveda, the traditional system of medicine, should be allowed to perform surgery, to the horror of the medical establishment.

Now, once again, doctors are aghast after a decision by the Madhya Pradesh state government to offer a medical degree in Hindi. Until now, medicine has been taught throughout India in English.

For the past nine months, an army of 97 translators have been ransacking Hindi lexicons to find words for terms such as biopsy, neuroblastoma, and haemorrhoids.

Now that the Hindi textbooks for anatomy, physiology, and biochemistry are ready, first year students in 13 government medical colleges in Madhya Pradesh will be taught in Hindi from November, though the option of learning in English remains.

The aim of the new Hindi medical degree, said Modi, was to allow Indians from poorer families who are not fluent in English to pursue their dream of becoming doctors.

“We aim to ensure that the children of poor parents become doctors and engineers even if they are not educated in English …” Modi said on Wednesday in Gujarat while speaking about India’s New Education Policy, announced in 2020.

This push for Hindi has been enshrined in this policy which, among other things, emphasises the teaching of technical and medical courses in Indian languages. The rationale is that students can better develop their cognitive and analytical skills and be more rooted in their culture if they are taught in their mother tongue.

Some Indians, especially those who have been made to feel inferior for not speaking English fluently, would agree with Modi when he says that English should be treated as a medium of communication, not a “criterion of intellectual ability”.

The problem for orthopaedic surgeon Dr Rajan Sharma, former head of the Indian Medical Council, is the ideological motivation behind the decision. He believes politics should not be allowed to intrude into medicine.

Sharma is a Hindi speaker but, as he admits, he has no idea how to say “heart attack” in Hindi and he doubts if there are many chemists who could read a prescription in Hindi. He is proud of the contribution made by Indian doctors to healthcare globally, thanks to their training in English.

“It is regressive, backward-looking, pathetic, deplorable,” he said. “Where are the Hindi speaking teachers to teach medicine? I am not even going to talk about how good the translations are going to be because that implies one accepts the policy which I don’t. The policy will be a failure.”

Science commentator Dinesh C. Sharma, writing in The Tribune newspaper, said he hoped the course material would not be compromised by the translations.

“These graduates will be dealing with human lives. And textbooks are only one part of medical courses. There are hundreds of reference books, manuals and medical protocols, which are mostly in English and are vital for the training and functioning of a doctor,” said Sharma.

Others have suggested a better idea would be to offer bridging courses in English to help rural students to cope more easily.

Supporters of the new policy agree that it will be difficult initially to find easy Hindi equivalents. The Hindi for anatomy, for example, is the clunky “sharir rachna vigyan”. But the translators in Madhya Pradesh have already said that many English terms will be retained if no easy Hindi option exists.

Dr Arun Shah, paediatrician, sees no intrinsic difficulty in teaching medicine in Hindi. “I think it can work with time, acceptance, and patience,” he said. “If the rest of the world can learn medicine in their native tongue, then why not Hindi? There will be hiccups but it is worth attempting and persevering with.”

Inspired by Madhya Pradesh, two other states, Uttar Pradesh and Uttarakhand, have said they too will offer a medical degree course in Hindi too, though the English option will remain.