Pelosi’s Taiwan Visit Is Less Than Meets the Eye 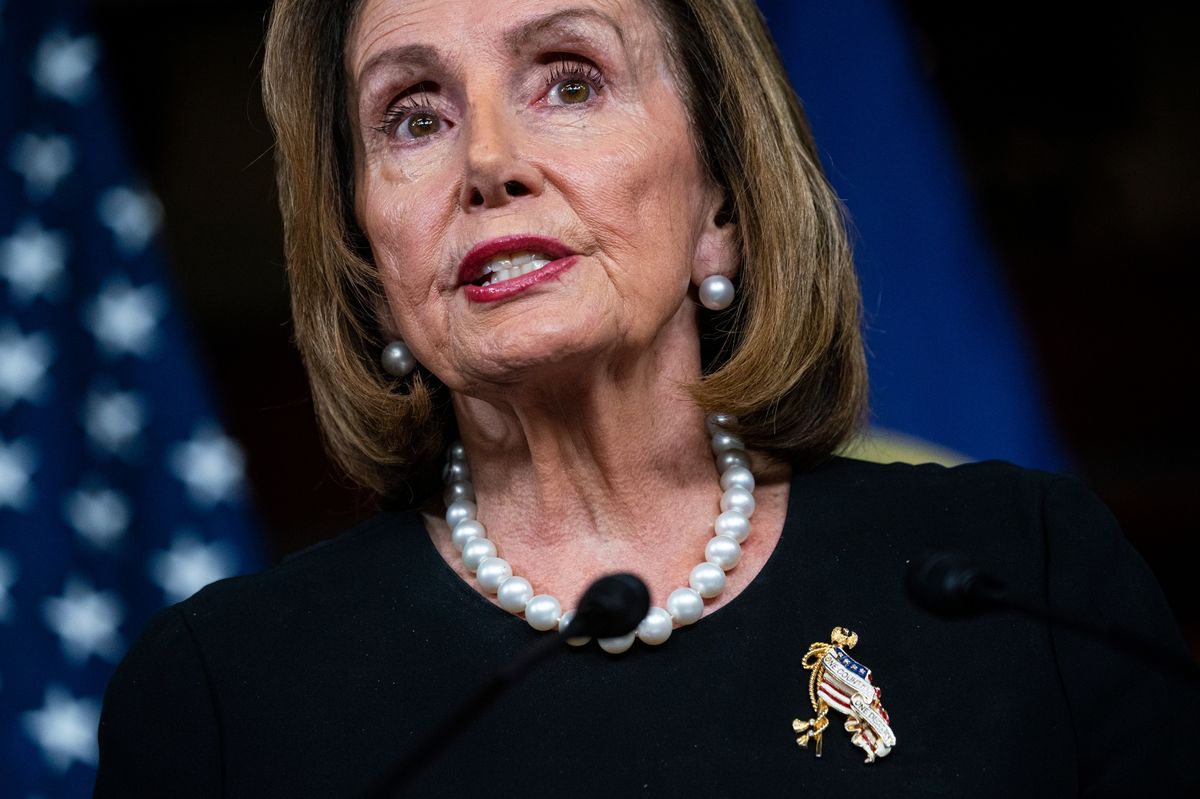 Tensions between the United States and the People’s Republic of China (PRC) have been escalating since the Financial Times reported that House Speaker Nancy Pelosi (D-CA) and her congressional delegation are planning to visit Taiwan in early August as part of a broader Asian trip that includes Singapore, Malaysia, South Korea, and Japan. Though a press release from Pelosi’s office on July 31 confirmed the above destinations and did not mention Taiwan, Radio France Internationale (RFI) quoted sources as revealing that Pelosi will “fly to Taiwan via Clark Air Base in the Philippines on 4th August to meet with Taiwanese President Tsai Ing-wen in Taipei, before arriving at the Yokota Air Base in Tokyo on the afternoon of the 5th and meet with Japanese Prime Minister Fumio Kishida.”

A visit to Taiwan by Pelosi, as the second person in the order of presidential succession (after the vice president), won’t be taken lightly by Beijing, which has claimed the island democracy as its own. Back in 1997, when then-House Speaker Newt Gingrich (R-GA) came to Taiwan and met with President Lee Teng-hui, the Chinese government grumbled but swallowed its irritation because the country needed to maintain a cordial relationship with Washington for its still incipient stage of economic development. Today, under President Xi Jinping, the PRC is wealthier, militarily stronger, and less willing to compromise with Washington on Taiwan.

Indeed, when Pelosi revealed the possibility of her visiting Taiwan last April—only scuttled after she tested positive for COVID-19—the Chinese government voiced stern displeasure, calling it a “malicious provocation.” This time, China’s warnings have been significantly more vigorous than in the past, with Beijing threatening a serious military response if the trip isn’t called off. The People’s Liberation Army “will by no means sit idly by and strong measures will be taken to thwart any external interference and ‘Taiwan independence’ separatist attempts,” according to the Global Times, a nationalistic mouthpiece newspaper of the Chinese Communist Party. The Chinese military has already announced conducting drills with live ammunition within the vicinity of the Taiwan Strait. Other possible military maneuvers, suggested by Chinese media and analysts, may also include imposing a “no-fly zone” over the Taiwan Strait, trying to block Pelosi from landing in Taiwan, using fighter jets to intercept her U.S. military aircraft, or shadowing her plane while crossing into Taiwan-controlled airspace over the island.

Mindful of the risks of miscalculation and inadvertent escalations into a larger militarized conflict, the Biden administration has sought to persuade the speaker to either cancel the excursion to Taiwan or delay it to a later time, though it recognizes that the legislative branch leader must ultimately exercise her own discretion on the matter. The upcoming Twentieth Communist Party Congress, which is expected to solidify Xi’s unprecedented third term in office as China’s paramount leader, makes this especially sensitive, as any dialing up of temperatures across the Taiwan Strait could be perceived by the Chinese government as a deliberate American-Taiwanese affront to Xi’s political legitimacy, thus requiring Beijing to react forcefully. In addition to Pelosi’s longtime hawkish position in challenging the PRC’s human rights violations, her role in Biden’s party has convinced Beijing (albeit incorrectly) that these two branches of the U.S. federal government are aiming to confront the PRC. Yet, high-level Biden government officials, including National Security Advisor Jake Sullivan, Defense Secretary Lloyd Austin, and the Chairman of Joint Chiefs of Staff Mark Milley, have briefed the speaker on the “facts and analysis, context, geopolitical realities that she’s going to be facing” should she decide to travel to Taiwan. President Joe Biden even said that “the military thinks [a visit is] not a good idea right now.”

This matter has galvanized a heated debate in Washington. Some have called on the speaker to postpone the trip to avoid a dangerous confrontation, while others have stressed that backing down in the face of Chinese intimidation is tantamount to admitting America’s retreat in the Indo-Pacific region and yielding veto power to Beijing over U.S. foreign policymaking.

Nevertheless, these deliberations, although each having their respective merits, have missed an important point: Pelosi’s potential visit to Taiwan isn’t violating Washington’s One-China policy in the first place, and, thus, Beijing lacks the standing to object to it. The Biden administration has been abundantly clear with its Taiwan Strait policy. Over the past several months alone, U.S. officials have, on multiple occasions, reaffirmed America’s consistent adherence to the policy framework. Here are just a few examples.

On May 26, Blinken delivered a long-awaited address unveiling the Biden administration’s China strategy at George Washington University. To effectively tackle the PRC challenges, the secretary boiled down the administration’s approach as “invest, align, and compete.” He emphasized, however, that “our [Taiwan] approach has been consistent across decades and administrations. As the President has said, our policy has not changed. The United States remains committed to our ‘one China’ policy, which is guided by the Taiwan Relations Act, the three Joint Communiqués, the Six Assurances. We oppose any unilateral changes to the status quo from either side; we do not support Taiwan independence; and we expect cross-strait differences to be resolved by peaceful means.”

In June, Austin, when meeting with his Chinese counterpart in Singapore, reiterated the U.S. commitment to its “One China policy as enumerated in the Taiwan Relations Act and the Six Assurances, the Three Joint Communiqués … that the United States does not support any unilateral changes to the status quo, and the United States does not support Taiwan independence.” Sullivan echoed similar perspectives at the Aspen Security Forum in late July.

On July 28, during his fifth conference call with Xi, Biden “reaffirmed the United States’ commitment to [the U.S.] One China Policy, guided by the Taiwan Relations Act, the Three Joint Communiqués, and the Six Assurances,” underscoring his strong opposition to any “unilateral efforts to change the status quo or undermine peace and stability across the Taiwan Strait.” Those “unilateral efforts” include, in addition to the PRC’s coercive campaigns on Taiwan, America’s non-support of Taiwan’s independence. Even Pelosi herself asserted that “it’s important for us to show support for Taiwan. [But] none of us have ever said we’re for independence when it comes to Taiwan. That’s up to Taiwan to decide.”

To many China hawks from both the Democratic and Republican parties, the U.S. One-China policy is an outmoded relic that should be replaced by the proposed Taiwan Policy Act, which would redefine U.S.-Taiwan relations. Still, despite these reassurances from top Biden administration officials, Beijing has acted intransigently and unnecessarily amplified the tensions surrounding Pelosi’s pending trip for the sake of stoking domestic nationalist support. Beijing still resists the fact that the United States has its own One-China policy, different from the PRC’s One-China principle. According to a senior Biden White House official, the “United States and China have differences when it comes to Taiwan but that they have managed those for over 40 years and that keeping an open line of communication on this issue is essential to doing so.” As most of the United States and the world see the PRC’s actions as the cause of instability across the Taiwan Strait, the Chinese government is not winning any support from Washington by continuing with its usual bullying tactics and threatening tone. For instance, Xi told Biden in their latest call that “those who play with fire [on Taiwan] will perish by it.”

Regardless of whether Pelosi visits Taiwan, Beijing should act more pragmatically and flexibly, especially after Washington’s leaders have repeatedly pledged their adherence to the One-China policy. Meeting each other halfway on this contentious issue is important. A more magnanimous China, commensurate with its growing power and international stature, would be helpful in stabilizing the deteriorating U.S.-PRC relations and calming the waters across the Taiwan Strait.