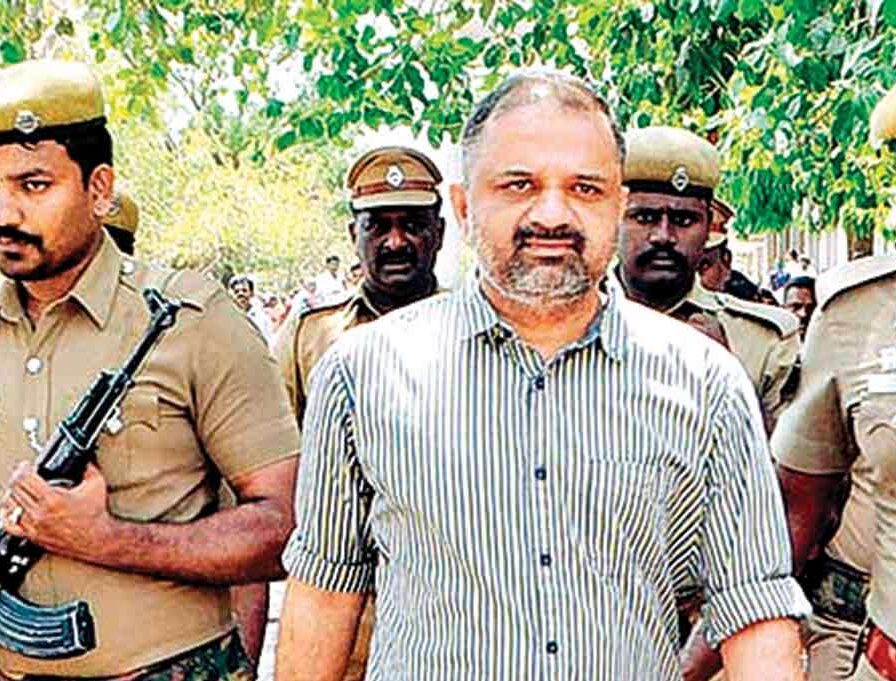 New Delhi (19/05 – 77.78) AG Perarivalan alias Arivu, one of the seven life convicts in the Rajiv Gandhi assassination case, has been released after 31 years in prison. On Wednesday, May 18, the Supreme Court, acting under Article 142 of the Constitution, ordered the release of Perarivalan.

In 1998, an anti-terrorism judiciary convicted Perarivalan to death. The Supreme Court upheld the sentence the following year, but commuted it to life imprisonment in 2014.

Perarivalan, according to reports, took Sivarasan to a motor vehicle store days just before assassination and purchased a motorbike in his name, but provided the wrong location. Perarivalan has been imprisoned for over 3 decades in Tamil Nadu’s Vellore and Puzhal Central prison systems.

During his time in jail, the convict earned undergraduate and postgraduate qualifications from Indira Gandhi National Open University, including over 8 diploma and certificate courses.

Meanwhile, in August 1991, approximately 3 months post the murder, police tracked down a number of LTTE participants in Bangalore, such as Sivarasan.

Whereas the LTTE leader chose death by shooting himself in the temple, his friends ingested cyanide after quite a brief interaction with police.

Apart from Perarivalan, a court hearing convicted 25 others death for their roles in the assassination in 1998. However, the SC acquitted 19 of them in May 1999, releasing approximately seven of them.

The Congress Wednesday expressed pain and disappointment over the release of Rajiv Gandhi assassination case convict A G Perarivalan, and slammed the government for creating “a situation” in the court to get the killer of a former prime minister released for their “petty and cheap politics.”

Congress chief spokesperson Randeep Surjewala said today there is a sorrow and fury not only in every Congress worker over the development, but in every citizen who believes in India and Indianness.

“A terrorist is a terrorist and should be treated as one. Today, we are deeply pained and disappointed at the decision of the Supreme Court ordering the release of Rajiv Gandhi’s assassin,” he said.

It is condemnable and very unfortunate that the assassin of a former prime minister has been released, he said.

“Today is a sad day for the country. There is a sorrow and fury not only in every Congress worker, but in every Indian who believes in India and Indianness, who believes in fighting against extremism and every force that challenges the sovereignty and integrity of India,” he told reporters.

He also wondered if the lakhs of convicts facing life terms should be freed.

This is not a question about Rajiv Gandhi, but about a prime minister who was killed, he said, adding the soul of every person fighting against terrorism has been hurt.

“Rajiv ji had sacrificed his life for the country, not for the Congress. And if today’s government creates a situation in the court to get his killers released for their petty and cheap politics, then it is very unfortunate and it is condemnable.

“We condemn this in the strongest possible way. All Indians must see what kind of governments are in power today and what is their attitude towards extremism is,” he said.

Invoking its extraordinary power under Article 142 of the Constitution, the Supreme Court Wednesday ordered the release of A G Perarivalan, who has served over 30 years in jail in the Rajiv Gandhi assassination case.

A bench headed by Justice L Nageswara Rao said the Tamil Nadu state cabinet’s advice recommending the premature release of all seven convicts in the case was binding on the governor.

What is Article 142, used to release Perarivalan?

Article 142 of the Constitution, which was mentioned while releasing Perarivalan, empowers the SC to issue any order essential to complete justice in any case or matter before that.

The article was also used in the Ram Mandir-Babri Masjid case to transfer the disputed territory to a central government-created trust.