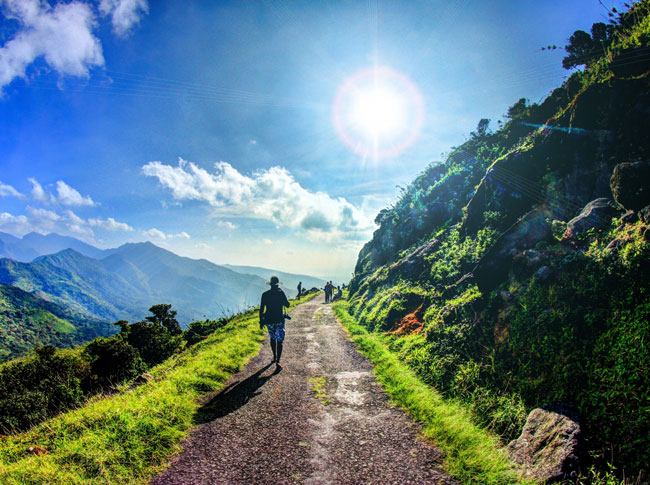 New York (24/05 – 33.33) Maumita Sarkar flew from India to Sri Lanka in mid-April. It was Sinhala New Year when she arrived, which is traditionally a time of renewal and celebration: People clean their homes, carry out rituals, and set off firecrackers. But by April this year, Sri Lankans were taking to the streets to protest soaring prices, food and gas shortages, and a life they could no longer afford to keep living.

Against the backdrop of growing discontent in the country, Sarkar considered her travel options. The blogger spoke to the Sri Lankan embassy, a friend who had recently returned from the country, and a handful of local travel agents. They all assured her that things were, as she put, “absolutely fine.”

She decided to go forward with her trip.

“As soon as I landed there, the airport had so many foreigners, it seemed all normal,” Sarkar told Insider.

“While the media kept showing all the protests, I saw nothing except a handful of people in Colombo,” Sarkar said of her impressions of the Sri Lankan capital. “The whole place was very calm.”

She spent the next 10 days traveling around the country, taking trains across Sri Lanka’s lush landscapes, catching sunsets in the beach town of Mirissa, and Instagramming her way through mangrove wetlands and sacred temples.

Even as the country buckles under the weight of its worst economic crisis on record, tourists continue to flock to Sri Lanka. While photos from the capital show the burned-out shells of cars and buses toppled over into lakes, international visitors continue to fly in, hoping to take advantage of a cheap tourism market still in post-pandemic recovery mode.

In April, the Sri Lankan rupee hit a record low; food, medicine, and gas are in short supply; and the country is seeing rolling blackouts. On May 10, the government ordered troops to shoot anyone on sight if they were seen destroying property.

A country in crisis

In recent years, Sri Lanka’s relationship with tourism has been one of turbulent symbiosis.

The island nation off the southeastern tip of India is home to 22 million people. With its white-sand beaches, temple ruins, and tea plantations, it draws in tourists searching for adventure, spirituality, and off-the-beaten path itineraries.

The country’s tourism scene had been on a steady, decade-long upward trend that culminated in 2.5 million internationals arrivals in 2018, data from the World Bank shows. In 2019, before the pandemic, travel and tourism accounted for 12% of Sri Lanka’s GDP.

But on Easter Sunday in April 2019, coordinated attacks carried out by suicide bombers across the country killed more than 250 people. In the immediate aftermath of the attacks, international arrivals to the country dropped by as much as 70%. Arrivals in 2019 fell to 2 million and plummeted to barely more than half a million in 2020 as the pandemic gripped the world, per the World Bank.

Sanjaya Sri Chandra Kumara is a Sri Lankan who, first as a tuk-tuk driver and now as a tour operator, has had a front seat to the country’s many tourism swings.

“When I started in 2017, tourism was a good job, it was my only income,” he told Insider. “The money was good everywhere in Sri Lanka. We had a good life.”

The country’s dependent relationship with tourism, as evidenced by authorities’ interaction with travelers, is still on display in the current crisis.

“There is a police presence and road blocks occasionally. We have been stopped once,” Clair Louise Todd, a Brit currently on a monthlong trip across Sri Lanka, told Insider. “The police were very friendly, even happy to have a photo taken.”

Now, as many countries across the globe reopen their borders and reap the financial benefits of welcoming back tourists, Sri Lanka is facing a fresh crisis. With its foreign reserves at a record low, the country is on the brink of bankruptcy, and the economic crisis has become a political crisis. The country’s leadership has declared a state of emergency twice since the beginning of April. Sri Lanka is also facing a food crisis, with imports down and domestically grown food on a decline thanks to a fertilizer ban.

People have taken to the streets by the thousands in protest. As protests deepened and the death toll rose to five with another 190 people injured, Prime Minister Mahinda Rajapaksa resigned from his post on May 9. On May 14, Ranil Wickremesinghe, the newly elected prime minister, told the BBC he would ensure families get three meals a day — but also said the crisis was going to get worse before it got better. Three days later, he said the country was down to its last day of gasoline.

“This has been building for years and years,” said Gary Bowerman, a travel analyst who runs a weekly podcast called the South East Asia Travel Show. “It’s the perfect storm after COVID-19. Sri Lanka hasn’t had any foreign exchange reserves for three or four years. The year before COVID there were the bombings, which really hit tourism hard, and tourism is such a vital source of foreign exchange in Sri Lanka.”

‘I was just there, didn’t even notice’

“Is it possible (through Uber) to go to one city to another due to the petrol shortage?” a French member inquired on an online group on May 17.

The comments on these questions are full of travelers chiming in with their own advice, name-dropping gas stations and convenience stores where they managed to refuel. Consistently, tourists and locals alike encourage people to keep visiting.

“I was just there, didn’t even notice. I had an amazing three weeks,” one woman wrote on May 11 in response to another user’s question about protests and safety. “There are protests but as soon as you’re out of Colombo you’re in a holiday bubble.”

A series of disconnects

The story of traveling and living in Sri Lanka right now reads like a series of disconnects. Visitors don’t describe the same reality the media do; some locals say they don’t see the version of life the media is portraying.

Bowerman, the travel analyst, said the disconnect could be partially attributed to geography. “Sri Lanka is very small, and the protests do seem to be contained in the capital of Colombo. Tourists tend to head out of Colombo and not spend huge amounts of time there.”

“If you head down to one of the resorts in the south of the country, you may not notice it quite so much,” he added, referring to the shortages and blackouts.

The nation’s tourism industry acts as one of its largest economic strengths. Although the country is engrossed in political and economic turmoil and media catastrophizing, the nation has its beauty, hospitality and history to offer.