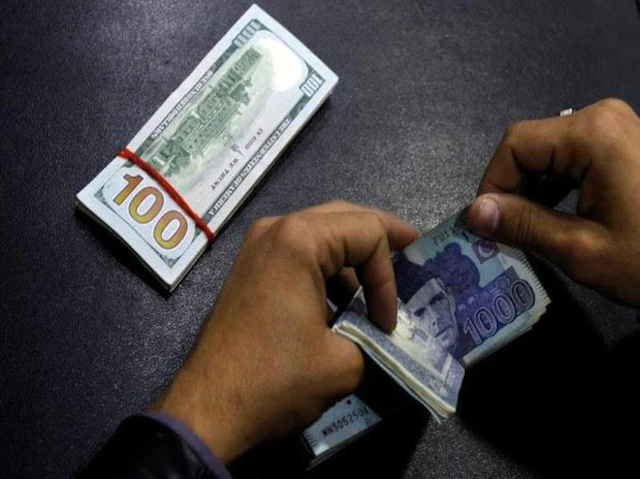 New Delhi (19/05 – 42.86) The Pakistani rupee continued its month-long run of devaluation, with the currency trading at its all-time low of Rs 200 against the US dollar on Thursday.

The Pakistani rupee continued its month-long run of devaluation, with the currency trading at its all-time low of Rs 200 against the US dollar on Thursday.

The Pakistani rupee (PKR) continues to slide in line with the predictions of analysts who fear more losses ahead as the country remains mired in political and economic instability.

A business analyst said the dollar was already selling for PKR 200 on Wednesday in the open market but on Thursday it breached the PKR-200 mark in interbank trading as well.

“Until the government gives more clarity on how it intends to halt the economic slide and put us on the path to revival the market will continue to function like this and the dollar will gain by the day,” said Saeed Nazam, an analyst at Topline Securities.

The Forex Association of Pakistan reacted with deep concern.

“It is a black day in the history of Pakistan. I never imagined I would see this day all because of poor economic management,” said Secretary General Zafar Paracha.

“Our importers are facing the biggest losses due to this surge in the dollar rate,” said Abdullah Zaki, a former member of the Karachi Chamber of Commerce and Industry.

Cash-strapped Pakistan is passing through a phase of political and economic turmoil after former premier Imran Khan was removed from office through a trust-vote last month. Khan has demanded early federal elections and has launched mega-protest rallies.

The newly-formed Shehbaz Sharif government is saddled with an economy which is still recovering from the COVID-19 pandemic and is dealing with spiked global prices of essential goods due to the Russia-Ukraine war and other such conflicts.

Even before the latest political crisis, Pakistan’s finance were in jeopardy. The country had in 2019 and 2020 taken billion of dollars in loans from China, Saudi Arabia, and global lending institutions.

In its last report on Pakistan, the IMF had predicted an annual growth of 4 per cent, against the country’s central bank’s estimate of around 4.8 per cent.

The IMF had put forward a list of demands for the revival of its bailout package to Pakistan. These included withdrawal of fuel subsidy, banishing the tax amnesty scheme, increasing power tariff and imposing additional taxation measures.

Business analyst Saeed Nazam said until the government secured funding from friendly countries and the IMF resumed its programme, the economic situation would not improve.

“Importers have engaged in panic buying as they were uncertain about whether the government would be able to secure funding (packages from foreign institutions), while exporters held their earnings outside the country amid a consistent fall in the rupee’s value,” he said.