Who is winning Myanmar’s civil war? 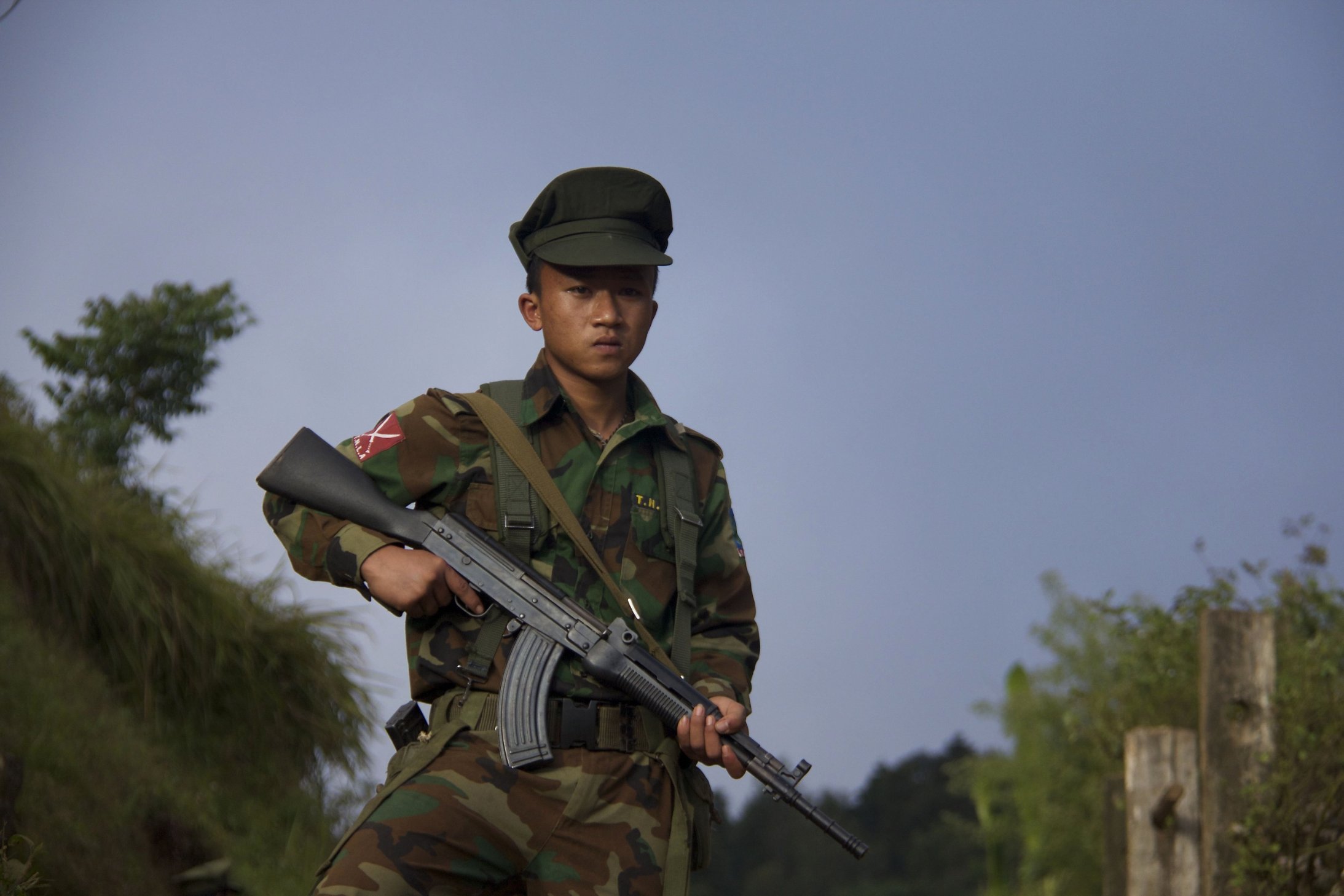 Who has the upper hand in Myanmar’s civil war? Is it the military, which has been trying to control the country with brutal force since the coup, or the resistance movement, which is using guerrilla tactics against the military?

The question is being asked not only by people who are suffering, but also by leaders in neighboring countries and observers around the world.

Over the past six weeks, several reports, commentaries and interviews have appeared in English-language media and think tanks attempting an answer.

What are experts saying?

In an analysis published in the the Asia Times, “Is Myanmar’s military starting to lose the war?” military and security expert Anthony Davis said that he believes the resistance movement is consolidating gains, after he initially thought directly after the coup that the situation would be hopeless.

Davis made similar comments in a subsequent interview with the Irrawaddy magazine.

Michael Martin, an analyst at the Center for Strategic and International Studies (CSIS) in Washington, recently wrote an analysis titled, “Is Myanmar’s Military on Its Last Legs?”

Ye Myo Hein and Lucas Meyer published a commentary on the website “War on the Rocks,” calling for a “more united, better-armed opposition” to bring “democracy to Myanmar.”

However, assessments of the conflict in Myanmar can differ widely, depending on what you read.

For example, The Economist reported in a recent article titled, “Myanmar’s resistence is at risk of believing its own propaganda,” that social media in Myanmar is spreading the “narrative of imminent victory” for the resistance movement.

However, according to the article, the facts on the ground speak a different language.

“Peer past the virtual fog, and a far bleaker picture emerges … Armed anti-regime groups are fragmented, with up to a dozen in a single district. A paucity of weapons has left them unable to go beyond guerrilla ambushes and assassinations,” it reads.

At the other end of the spectrum is Michael Martin’s commentary for CSIS. He writes: “There are growing signs that Myanmar’s military is in a serious struggle to survive.”

Most analyses fall somewhere in between these poles. However, except for the Economist, many of the reports assume that the situation has shifted in favor of the resistance in recent months. The question is, by how far?

Looking at the details, it becomes clear that the assessment of the overall situation is not the only place where there are divergences.

Data on the number of fighters and weapons also changes from analysis to analysis. It also depends on how “weapons” are defined.

For example, the article by “War on the Rocks” states that the armed resistance groups known as “People’s Defense Forces” (PDF) have recruited about 100,000 fighters, 40% of whom are armed in some way with conventional and non-conventional arms, including homemade, or improvised weapons.

However, Davis, in his interview with The Irrawaddy, speaks of 50,000 to 100,000 fighters, and cites the National Unity Government’s (NUG) ministry of defense as his source. Davis’ analysis has less than 20% PDFs being armed, albeit limiting his scope to more conventional arms.

It’s worth remembering that the NUG comprises the largely exiled government countering the military that claims to represent Myanmar politically. The NUG is also party to the conflict and its statements cannot be independently verified.

The NUG cannot quantify exactly how many members the resistance has, in part because there is no established chain of command from NUG to the PDFs, which operate more or less autonomously.

Min Zaw Oo from the Myanmar Institute for Peace and Security (MIPS) told DW he estimates that only 10% of PDFs are armed with automatic weapons.

He said these figures are based on reports of weapons seized or found after battles.

More serious than a lack of weapons, however, is the evident lack of ammunition among PDFs, which can be deduced from the fact that skirmishes with the military generally do not last longer than an hour.

There are varying assessments on how well equipped PDF fighters are

Most articles covering the conflict in Myanmar specifically address the problems of unreliable data.

Davis said in the Asia Times that “coherent analysis is complicated by the sheer frequency and spread of small-unit clashes and attacks across a vast swath of the country, and by a striking lack of impartial news reporting from the frontlines of a civil war largely shielded from the outside world.”

Local journalist Cape Diamond said that the media in Myanmar do not “deliver the entire picture” and often “understate defeats” of the PDFs.

Breaking through the fog of war

The uncertainty in covering the civil war in Myanmar cannot be overemphasized. There is a lack of reliable information collected nationwide about the current situation in the country. There are individual reports, mostly of localized events, that are difficult to verify independently.

Min Zaw Oo is therefore skeptical about assessments of the overall situation or even an outcome of the conflict. “Different regions need to be assessed differently,” he said.

The International Institute for Strategic Studies, which has created an interactive map of the current conflict, makes a similar argument.

“Rather than seeking to determine whether SAC or anti-SAC forces are ‘winning,’ the map emphasizes that the coup has altered long-standing power struggles by introducing new actors and alliances, with uneven effects across the country.”

The only thing that can be said with certainty is that the violence has only spread and intensified since the coup.

However, the question of which side will win the civil war in the future remains open.