Home » Blog » Japan is Building the Biggest Warships in Asia 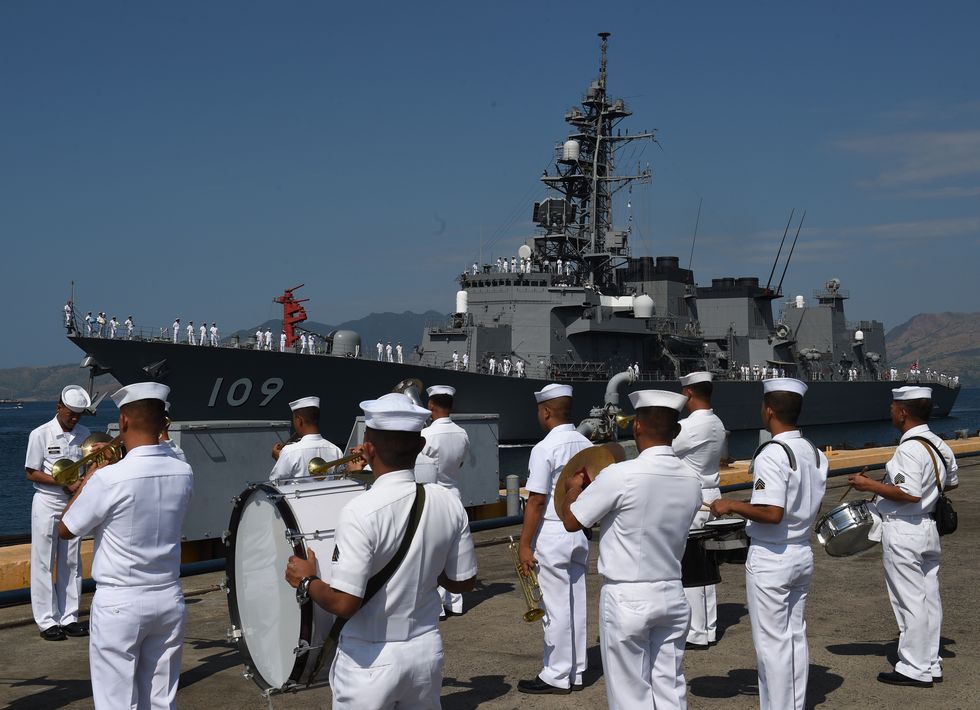 The two destroyers, U.S. Naval Institute News reports, will be specially built to embark the Aegis combat system, radar, and SM-3 missile interceptors. Each ship will weigh about 20,000 tons, with a length of 690 feet and a beam of 130 feet, the news site reports.

The US Navy’s largest surface combatants, the three Zumwalt class stealth destroyers, are smaller than Japan’s planned ships. The American destroyers displace 16,000 tons each, with a length of 610 feet and a beam of 80 feet. Japan’s ships will also dwarf China’s Type 055 Renhai-class cruisers. At the moment, the largest surface warship in the world is Russia’s Pyotr Velikiy battlecruiser, which is attached to Moscow’s Northern Fleet, and it’s 827 feet long with a beam of 94 feet.

The two destroyers are unusually large for several reasons. For one, the ships will likely carry the Raytheon-made SPY-6 Air and Missile Defense Radar (AMDR), currently being fitted to the US Navy’s Arleigh Burke-class destroyers. Second, the ships must carry a relatively large number of SM-3 Block IIA missile interceptors to provide sustained defense. Third, the two ships will spend very long periods at sea, their radars radiating constantly, waiting to detect incoming threats. The ships will need large reservoirs of fuel for propulsion, combat systems, and radar.

Over the last twenty years Japan has gradually built up a ship-based missile defense capability. Japan has built eight guided missile destroyers, each with the same missile defense capabilities as the Burke-class ships. North Korea and China’s expanding missile and nuclear weapons arsenals have taxed this small fleet, which is also responsible for anti-submarine warfare, anti-air warfare, and other traditional destroyer missions. The two new ships will free up existing destroyers to do destroyer things again.

The missile defense capability provided by the two ships was originally meant to be provided by a high-tech land base, known as Aegis Ashore. Aegis Ashore puts the radar and missiles on land, but Japan’s notorious scarcity of useful land and a “not in my backyard” attitude of many local governments forced Tokyo to put the entire system at sea. Japan is essentially taking a system originally ported from ships to land and putting it back in ships again.

The two unnamed ships join a bigger, bolder Maritime Self Defense Force, Japan’s equivalent of a navy. In the late 2010s, in response to China’s maritime buildup, Japan expanded its fleet of 16 attack submarines to 22, including the new lithium battery-powered Taigei-class submarines. It has also begun conversion of the “helicopter destroyers” Izumo and Kaga into full-fledged aircraft carriers that will operate the F-35B Joint Strike Fighter. Once complete, the two carriers will be Japan’s first since the Second World War.

Japan’s uncomfortably close proximity to both North Korea and China is forcing it to expand its defenses. The Maritime Self Defense Force will be responsible for undersea, surface, aerial, and space threats, the latter being through missile defense. The two new ships will essentially be responsible for placing a protective bubble over 125 million people. Rarely has so much depended on so few.