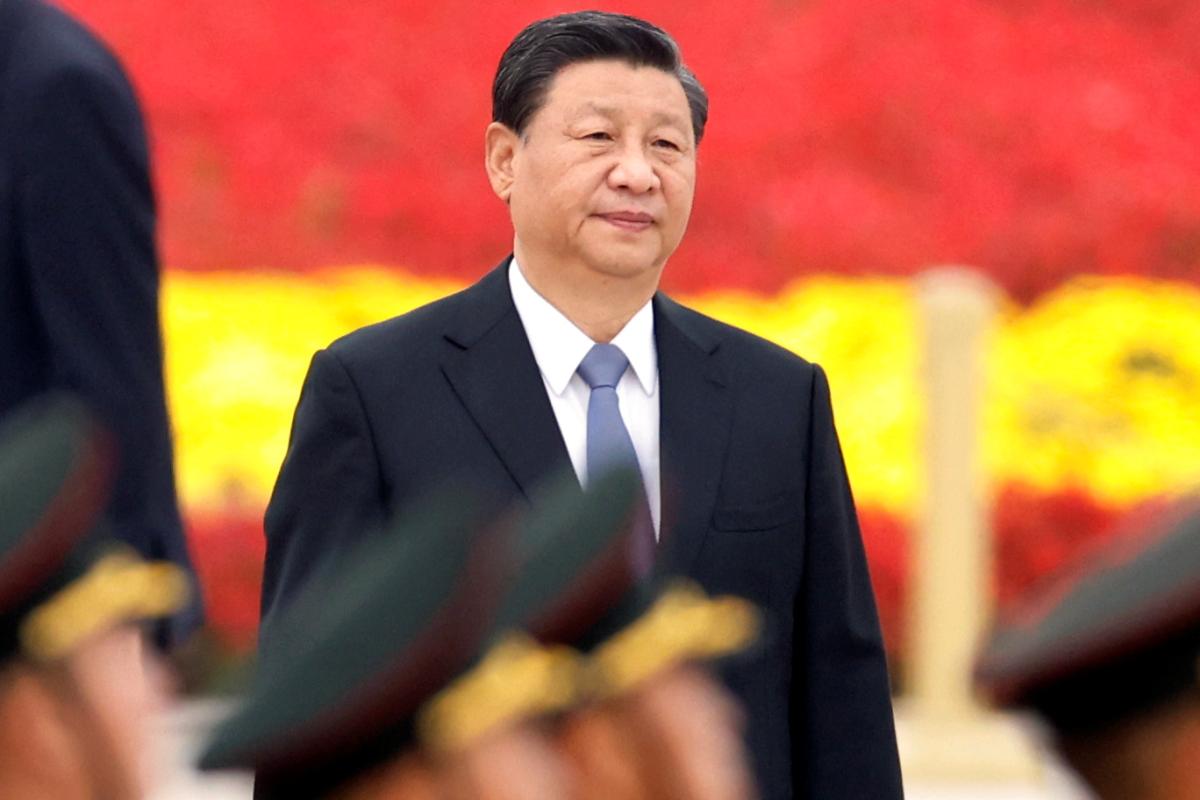 Chinese President Xi Jinping may not have been able to stop Nancy Pelosi’s visit to Taiwan, but he ordered his country’s military to rehearse a much more aggressive step: a blockade crucial to taking the island by force, security experts say.

China’s military planners have long discussed a blockade of Taiwan, but until now most likely saw practicing such a move as too provocative, security experts say.

But after US House Speaker Pelosi’s visit, China’s military for the first time fired missiles over Taipei, flew waves of drones over Taiwan’s offshore islands, sailed warships across the median line of the Taiwan Strait and surrounded the self-ruled island in what Taiwan’s military said amounted to a practice “blockade”.

“These first actions in effect changed the status quo of Taiwan’s security,” said Li Mingjiang, an associate professor at the S. Rajaratnam School of International Studies in Singapore.

“This gives China’s military a new basis from which to push more boundaries in future exercises,” he said.

The show of capability and resolve comes from a People’s Liberation Army that is far more formidable than it was during the “Third Taiwan Strait Crisis” in 1996, the last time it fired missiles near Taiwan.

The ability to enforce a blockade would give Beijing leverage to bring Taiwan to the negotiating table during a conflict.

If Taiwan, unwilling to suffer large-scale death and destruction, accepted unification bloodlessly, Xi would secure the biggest prize in his long-term goal of “rejuvenation of the Chinese people”.

Although Taiwan’s public, jaded by decades of Beijing’s threats, appeared unfazed, some observers said its military leaders might be worried.

Michael Chang, who managed the 1996 Taiwan missile crisis when he was Secretary General of Taiwan’s National Security Council, told local media the drills could be a preview of a Chinese invasion scenario.

The United States and its allies such as Japan condemned the drills. Because they did not want to escalate the situation, they did not directly intervene to halt the blockade rehearsal.

A former Chinese defence official told Reuters that their reaction would be cold comfort to Taiwanese politicians and military leaders.

“Seeing how the US and its allies responded to the drills, how confident can Taiwan leaders be in counting on them to come to the rescue should the PLA attack?” he said.

The exercises were scheduled to end on Sunday.

The episode comes at a sensitive time for Xi, China’s most powerful leader since Mao Zedong.

Mao founded the People’s Republic of China by winning a civil war in 1949, sending the nationalist Kuomintang government retreating to Taiwan, which has been self-ruled ever since.

Bringing Taiwan into Beijing’s embrace is the key piece of unfinished business that would cement Xi’s stature alongside Mao’s and justify his move in 2018 to abandon term limits.

Despite widespread frustration over a zero-COVID policy that has put the country into a third year of self-imposed isolation and battered the world’s second-largest economy, Xi is expected to secure a precedent-breaking third five-year leadership term at a key Communist Party congress this year.

Domestically, Beijing must balance the outrage it whipped up over Pelosi’s visit with the embarrassment of not preventing it, observers said.

Former Singaporean diplomat Bilahari Kausikan said the hype is partly a face-saving effort for Xi, who cannot afford to look weak before the party congress.

“The hard and incontrovertible fact is that for all the bluster, China failed to deter the Pelosi visit. So the CCP has to put up a show in its response,” he said.

Failure not an option

Although China may have edged a step closer to using force on Taiwan, most experts don’t believe a war is imminent.

“Invasion within this decade is far from certain to succeed. Failure would spell the end of Xi Jinping, his dream and possibly the CCP,” said Charles Parton, a retired British diplomat.

Xi, who has not spoken publicly about Pelosi’s visit but as chairman of the Central Military Commission is effectively the PLA’s commander-in-chief, would be well aware of the risks of action, experts say.

“China would’ve hoped that these drills could somehow stop the worrying trend of the US, Europe and many other countries becoming more sympathetic to Taiwan,” said Li, the security analyst. “So far, that effect remains to be seen.”